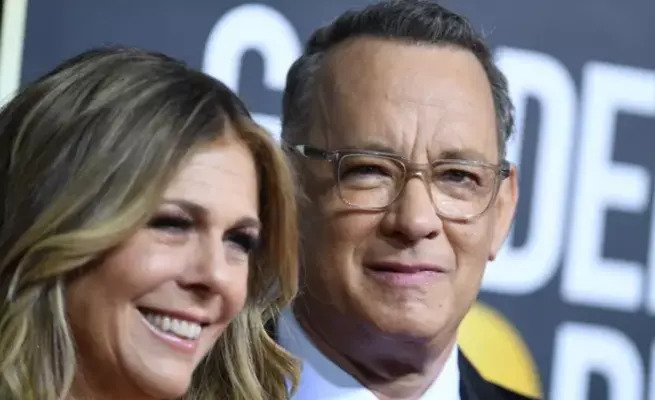 American actor, who is starring in Baz Luhrmann’s Elvis film, and his wife say they are to be isolated while they recover

The US actor Tom Hanks and his wife, Rita Wilson, have been diagnosed with coronavirus while filming in Australia.

Hanks wrote on Instagram on Thursday that after he and Wilson had been feeling “a bit tired, like we had colds” they arranged to be tested for the virus and had been “found to be positive”

“We felt a bit tired, like we had colds and some body aches,” he wrote on his official Instagram page.

“Rita had some chills that came and went. Slight fevers too. To play things right, as is needed in the world right now, we were tested for the coronavirus, and were found to be positive.

“Well, now. What to do next? The medical officials have protocols that must be followed. We Hanks’ will be tested, observed, and isolated for as long as public health and safety requires. Not much more to it than a one-day-at-a-time approach, no?”

The Guardian understands that early on Thursday morning cast and crew attached to the film received an email instructing them to stay away from set after a member of the production tested positive for the virus.

The premier of Queensland, Annastacia Palaszczuk, said on Thursday that health officials would conduct contact tracing to determine who had been in close contact with Hanks and Wilson.

“People who have come in close contact with Tom Hanks and Rita Wilson will now need to self isolate and quarantine,” she said.

Famously approachable, Hanks had regularly posed for photos with fans at Coolangatta Beach on the Gold Coast and a cafe near Mount Warning on the New South Wales far north coast.

But the premier said she did not believe a selfie would constitute close contact.

“Tom has been having a wonderful time on the Gold Coast and we are so lucky to have Tom in Queensland,” she said.

“But what it is, is people who have come in very close contact with him in recent days [our] experts will now work very closely with him with Baz [Luhrmann] and all the cast the crew and then they will isolate those people who have been in that close proximity.

“From what the chief health officer has told me it’s over 15 minutes of being in very close contact, so a selfie wouldn’t count as that.”

She said Hanks and Wilson would receive “the best treatment in our hospital”.

“I’m very confident with the physicians that we have that will be treating Tom and his wife and like I said we wish them all the very best for a speedy recovery,” she said.

“I know the thoughts of Queenslanders and all Australians are with Tom and Rita during this time.”

In a video posted to Instagram Chet Hanks, the couple’s son, said he’d spoken to his parents who were “not tripping”.

“What’s up everyone, um, yeah it’s true my parents got coronavirus. Crazy,” he said.

“I just got off the phone with them, they both are fine, they’re not even that sick, they’re not worried about it, they’re not tripping, but they’re going through the necessary health precautions obviously.

“I don’t think it’s anything to be too worried about, I appreciate everyone’s concern and the well wishes but I think it’s all going to be alright.”

In the lead up to shooting, normal practice would involve lead actors to have close contact with wardrobe and hair and makeup departments for screen tests and sound tests. These often involve close physical contact with potentially dozens of crew.

Production on the Luhrmann film had been set to begin filming on Monday. In a statement the US production company behind the film, Warner Bros, said it was “taking precautions” to protect its employees.

“The health and safety of our company members is always our top priority, and we are taking precautions to protect everyone who works on our productions around the world,” the company said in a statement.

“We have been made aware that a company member from our Elvis feature film, which is currently in pre-production in The Gold Coast, Australia, has tested positive for Covid-19 (coronavirus).

“We are working closely with the appropriate Australian health agencies to identify and contact anyone who may have come in direct contact with the individual.

“The individual who tested positive for Covid-19 is currently receiving treatment.”

Hanks and Wilson, who is an American singer and actor, had been travelling to different locations in Australia and had posted photos from Sydney and Brisbane on Instagram.