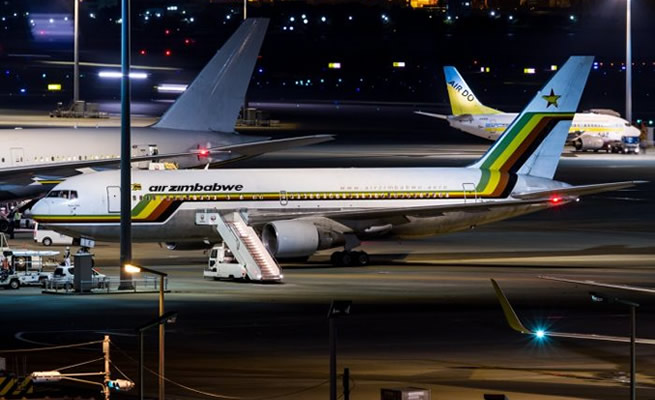 Air Zimbabwe has been barred from using South Africa's airports.

It said the airline owes it an undisclosed amount of money.

Acsa, however, said it would not disclose the amount owed by the airline.

“The company informed Air Zimbabwe by letter on 18 October that it will not be allowed to depart from any of Airports Company South Africa’s nine airports and that the prohibition will remain in place until outstanding amounts are settled,” Acsa said in a statement.

“The suspension of an airline takes place only after considerable engagement with an airline’s management.”

Zimbabwe's economy has been in tatters since former president Robert Mugabe lead a devastating land reform policy that sent inflation spiralling and led to crippling shortages of food, fuel and medicines.

“…it’s a temporary suspension over a cumulative debt. We are in discussion with our shareholder and we are hopeful that we will find a solution.”

The state-owned Air Zimbabwe has laid off hundreds of staff over the past two years.

Its one serviceable plane was banned earlier this week from flying into Johannesburg – South Africa's largest city and Air Zimbabwe's only international destination – after failing to pay its airport fees.

The airline was required to pay ACSA cash once a week to cover landing fees, parking and passenger service charges for its weekly flight into Johannesburg, according to the statement.

It's only other route is an internal connection between Zimbabwe's capital Harare, the southwestern city of Bulawayo and Victoria Falls.

This week’s suspension from and grounding its aircraft in South Africa isn’t a new problem for Air Zimbabwe. The airline has form when it comes to having its planes grounded over unpaid debts. It has seen its planes seized before in South Africa and also England (back before the financial situation in Zimbabwe became particularly acute, Air Zimbabwe stretched its wings as far afield as England).

After ceasing operations altogether in 2012, Air Zimbabwe was kickstarted again in 2013 and has spluttered on since then. However, unless the airline can find some cash to settle its bills at Johannesburg, it may be 2012 all over again. It would be a sad demise for an African airline that was once a pretty decent little airline.