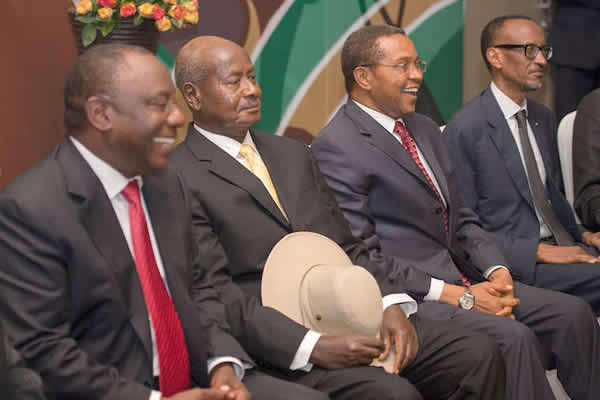 Sources in Uganda told Sowetan last night that Andile's entourage was expected in the capital Kampala today for the negotiations tomorrow.

"Andile Ramaphosa representatives will meet Andile's fiancee's family for discussions on Saturday. Andile will officially be introduced by his fiancee Bridget to her family," the source said.

"The ceremony known as 'okushaba' will take place at a residence in Kololo, a posh suburb in Kampala. The traditional function involves negotiations of marriage between the two families and it will be fully honoured with the payment of bride wealth. The bride wealth is usually heads of cattle," said the source.

Rwakairu, 37, is a niece to Amama Mbabazi, a former Ugandan prime minister and presidential candidate.

She holds a postgraduate degree in business administration (MBA) from University of Science and Technology Beijing. She also holds a BSc in environmental engineering.

President Ramaphosa's spokeswoman Khusela Diko could not be reached for comment last night.