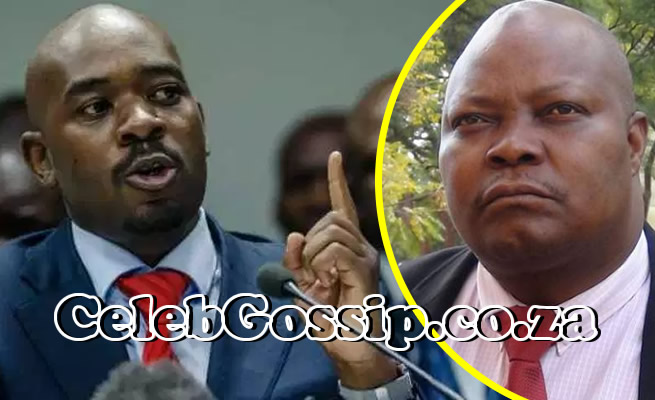 Zimbabwe lawmaker Job Sikhala, vice-chairman of the opposition MDC party, was on Tuesday charged with treason after allegedly saying the party would overthrow the government before the next election, his lawyer said.

"He has been formerly charged with attempting to overthrow the government unconstitutionally," his lawyer Obey Shava told AFP, saying his client denied the charges.

Sikhala was "formally charged with attempting to overthrow the government unconstitutionally", his lawyer Obey Shava told AFP, saying his client denied the charges.

Sikhala, an often outspoken senior official in the Movement for Democratic Change party, allegedly said in a speech at a rally on Saturday that the party would unseat President Emmerson Mnangagwa before the next election.

"We are going to overthrow him (Mnangagwa) before 2023," Sikhala was quoted as saying.

Zimbabweans have little faith in the economic record of the ZANU-PF government, which was led by President Robert Mugabe until 2017 when he was ousted in favour of current President of Zimbabwe Emmerson Mnangagwa.

The country has recently endured another bout of sharply rising prices, with official inflation now at nearly 100 percent – the highest since the hyperinflation era when it hit 500 billion percent.

The law of Zimbabwe described subversion in this manner:

(2) Any person who, whether inside or outside Zimbabwe

or
(b) supports or assists any group or body in doing or attempting to do any of the things described in subparagraph (i), (ii) or (iii) of paragraph (a); shall be guilty of subverting the constitutional government and liable to imprisonment for a period not exceeding twenty years without the option of a fine.

Meanwhile, the opposition MDC yesterday disowned statements by its deputy national chairperson Job Sikhala that the party would overthrow President Emmerson Mnangagwa before the 2023 general elections, insisting the St Mary’s MP was expressing his own opinion. Sikhala told a rally in Bikita East at the weekend that the opposition party would “overthrow him (Mnangagwa) before 2023 and that is not a joke”.

The utterances have drawn fire, with police hunting for him to face treason charges, while Zanu PF threatened war on the opposition and promising to unleash State security agents to mercilessly crush dissent.

“The MDC notes with deep worry and concern that Hon Job Sikhala’s statements made during a rally in Bikita East over the weekend have caused uproar and the party wishes to clarify its position regarding the same,” party deputy national spokesperson Luke Tamborinyoka said.

“It is the party’s view that Hon Sikhala’s views as expressed at the rally and widely quoted in the Press were his own personal opinions, which we believe have been misconstrued and misinterpreted.”

Added Tamborinyoka: “For the record, the MDC believes in constitutional, peaceful, democratic, non-violent and legal means of resolving the national crisis. We have never been perpetrators of illegality and violence. If anything, we have always been the victims.

“The MDC wishes to state unequivocally that it has always submitted itself to the cardinal values of legality, constitutionalism and democracy. Any attempt to portray the MDC in any other way is disingenuous and unfortunate.”

Party leader Nelson Chamisa told NewsDay that the MDC was “not in agreement” with Sikhala.