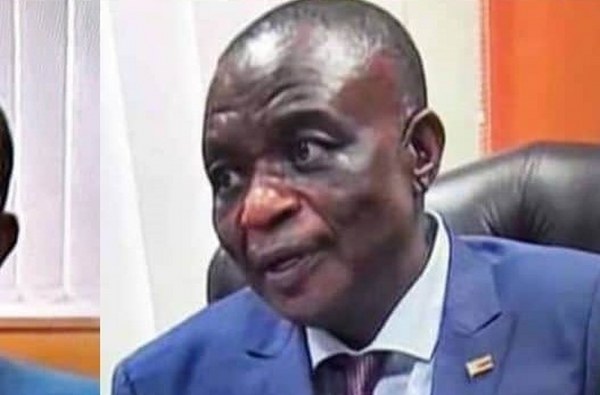 The South African government on Tuesday sent well wishes to Zimbabwe's Vice President Constantino Chiwenga who is being treated in India for an undisclosed ailment.

“On Zimbabwe, we must start by wishing Vice President Chiwenga a speedy recovery. We all know that he has not been well. I am informed by our High Commissioner, that he [Chiwenga] has travelled to India for further treatment that will help his condition,” South Africa’s International Relations and Cooperation Minister Lindiwe Sisulu told journalists in Pretoria.

“We wish him a speedy recovery there.”

Chiwenga was the military general who led a coup that ousted veteran leader Robert Mugabe in November 2017, and installed Emmerson Mnangagwa as President.

Chiwenga was flown out to India on February 7, and has since been joined by Defence Minister Oppah Muchinguri. President Emmerson Mnangagwa told a Zanu PF rally in Mwenezi last Saturday that Muchinguri is suffering the effects of injuries sustained after a bomb exploded during a campaign rally in Bulawayo in June last year.

Last week, ZimLive heard from government sources that Chiwenga was unable to speak as his health deteriorates. The Vice President had not eaten for a week, the sources added.

A week before being airlifted to India, Chiwenga visited a hospital in South Africa where he told doctors that his esophagus was “dry”. He told doctors he was struggling to eat, which would account for his dramatic weight loss which was evident when he attended a Cabinet meeting on February 5 – his last public sighting.

Chiwenga reportedly underwent esophageal manometry, an examination to test the strength and muscle coordination of one’s esophagus when they swallow.

“It was detected that he was having motility problems, but not cancerous. He was advised to see an esophageal surgeon,” a South African medical source said.

If Chiwenga indeed has esophageal motility, which can lead to heartburn, that would suggest mounting health woes as it adds to the other health problems he and government officials have shared publicly.

Over the last year, Chiwenga has been in and out of hospitals suffering from a range of ailments including – according to him and government officials – exhaustion, poisoning and a bullet lodged in his lungs from the war of independence 40 years ago.