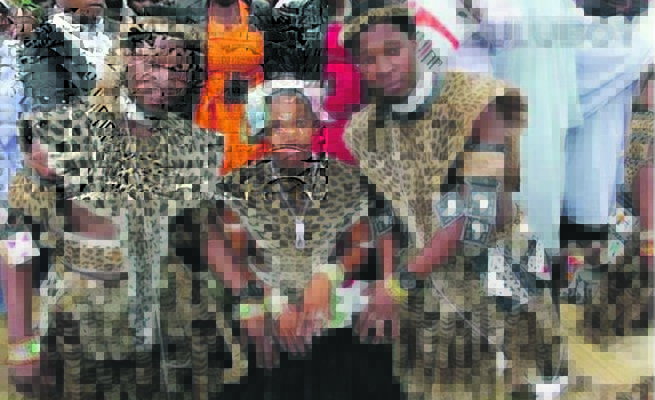 This is according to the Ebuhleni faction of the Shembe church.

But it didn’t stop a woman from apparently marrying twins at the Ebuhleni headquarters in northern KZN last week.

This emerged after a video and pictures circulated where the three are seen wearing rings and kneeling on a grass mat.

A short video shows a man doing a Zulu dance followed by one of the husbands doing the same dance. Then he returns to sit next to the wife.

Ebuhleni faction spokesman Thokozani Mncwango told Daily Sun they are going to check if the wedding really did take place.

“But what I can tell you is that the church is against this kind of marriage,” said Mncwango.

When asked if he knew the three, he said he couldn’t comment as an investigation had begun.

“Women in our church have such relationships in secret. I’m glad this woman came out,” she said.

In August last year. Daily Sun reported on a group of Shembe women writing to the judicial council, saying asking for the same status as male members which includes the church’s marriage policy. If a man was allowed to take another wife, women should be allowed to have two husbands.