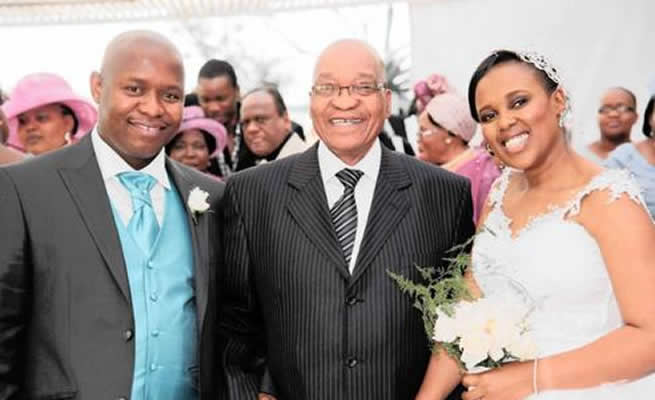 Edward Zuma did not pay the outstanding amount of his fine for hate speech due to a dispute with his lawyer.

On December 22‚ the Equality Court ordered former president Jacob Zuma’s son to fully pay the settlement of R60‚000 within 30 days or explain to the court why a warrant for his arrest should not be issued.

Yesterday, the court heard that Zuma had paid the outstanding R12‚500 owed to Ohlange high school as part of the fine into his lawyer’s trust fund – but the law firm assumed it was a portion of fees owed to them.

“My client has asked me to ask the court to give him seven days to rectify this‚” Zuma’s lawyer‚ Ayanda Mkwananzi‚ told the court.

In December Mkwananzi told the court that he did not know if Zuma was “dead or alive” as repeated text messages and calls went answered. Yesterday, Mkwananzi said he had spoken to Zuma 15 minutes before the court proceedings started. He said Zuma needed seven days as he was out of KwaZulu-Natal and therefore could not pay the school any sooner.

In response to magistrate Irfaan Khalil’s question as to why Zuma could not make an electronic funds transfer‚ Mkwananzi said he did not know what challenges his client was experiencing with raising the money.

However‚ he assured the court that Zuma would settle the fine by February 7 and then return to court to prove that the fine had been paid. The South Africa Human Rights Commission‚ which went to court in December for a warrant of arrest for Zuma after he failed to pay the fine‚ consented to the seven-day adjournment.

In May‚ Zuma agreed to apologise to the SA public and pay two schools R30‚000 each to compensate for hate speech he directed at ANC stalwarts Derek Hanekom and Pravin Gordhan.

In a letter‚ Zuma had described Gordhan and Hanekom as “anti-majoritarian sell-out minority in the ANC who have brazenly and unabashedly spoken out against [then-president] Zuma on various white monopoly media platforms”.

Zuma stated that Gordhan was one of the most corrupt cadres who‚ like Gandhi‚ “sees black South Africans as lowclass [curse]” while Hanekom was a “white askari who will do anything to be an obstacle to radical economic transformation and to defend white monopoly privileges”.

At the time‚ Zuma agreed to split the R60‚000 fine between Umthombo secondary in Howick and Ohlange high schools.