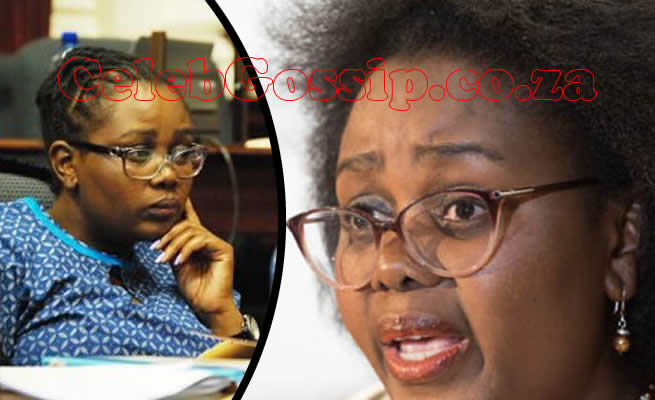 Spy cameras with the capacity to record sound were discovered this week in the office of science & technology minister Mmamoloko Kubayi-Ngubane.

Kubayi-Ngubane reported the discovery to law enforcement agencies because she feared that senior managers in her department were spying on her.

They told her the cameras had been installed after a security breach. She said the answers were not satisfactory.

Science & technology minister Mmamoloko Kubayi-Ngubane has laid a complaint with the State Security Agency (SSA) and the police after discovering she was being spied on by officials in her own department.

The Sunday Times can reveal that the minister this week discovered cameras in her office that are believed to be able to record sound and can be accessed remotely.

The cameras were in her office and in the boardroom where she holds meetings, and also monitor the area where her records are kept.

The discovery was made after suspicion was raised when senior managers confronted junior staff and whistle-blowers about discussions they had had with the minister in her office.

On Tuesday, Kubayi-Ngubane demanded an explanation — and that the cameras be removed.

She said in an e-mail to senior managers: “Last week, some staff members informed me that they are not comfortable to come to my office when I call them. This because they fear intimidation from supervisors as they are seen as spying [on] management to me. So they have been called to explain why I called them and what I was saying. I kept quiet because I didn’t believe this was possible. When I learnt this morning that security cameras have been installed next to my office with possible audio recording, I ask myself what is the intention of this.”

According to a memo sent to KubayiNgubane by officials in her department, which was seen by the Sunday Times, the cameras were installed after a security breach in April this year.

The memo notes that neither the SSA nor the South African Police Service (SAPS) was consulted when the cameras were installed.

Kubayi-Ngubane later told the Sunday Times she was not satisfied with the explanation and had asked further questions about who authorised the installation.

Kubayi-Ngubane said she had not established why officials in her department would want to spy on her or who took the decision to install the cameras. She suspects it has to do with corruption.

“I’ve asked for further information to check which company [installed the cameras], because if it has audio capacity it means a private company can listen to issues of the state,” Kubayi-Ngubane said.

“We are waiting for a report from corporate services, which will explain what happened,” he said yesterday.

Mjwara said he had nothing to do with the matter.

Kubayi-Ngubane said if someone was listening to her conversations they would be able to listen in to her telephonic conversations with the president.

“The responsibility for my safety and security is not the department’s responsibility. It is the work of SSA and the police. We have reported the matter to the SSA and SAPS to investigate,” she said.

It is believed Kubayi-Ngubane clashed with senior managers in the department fuelled by her refusal to sign off on a R3bn plan to refurbish the department’s headquarters.

Concerns have also been raised about the autocratic behaviour of senior managers in the department.

An internal study showed that at least 70% of staff would leave the department if they had the opportunity.

On Friday, Kubayi-Ngubane held a meeting with junior staff of the department, at which they aired their grievances.

Attempts to get comment from the SSA and SAPS were unsuccessful.