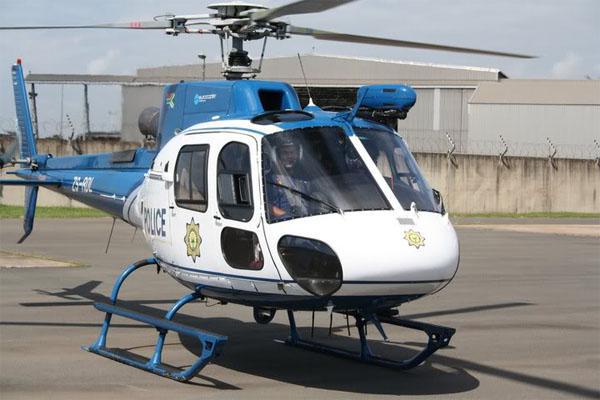 The South African Police Service (SAPS) is investigating one of its police pilots who on Tuesday allegedly made an emergency landing in a parking lot in Queenstown, Eastern Cape – seemingly to buy a KFC meal…

“They were on patrol in the Eastern Cape, but the question of them landing and why is still under investigation,” National Police Spokesperson Brigadier Vishnu Naidoo told News 24 on Saturday.

Images went viral on social media of a police officer who has not yet been identified landing in a parking lot a local mall in Queenstown at around 14:00 on Tuesday, where he proceed to the local KFC franchise to place an order.

A Facebook post by witness Bill Harrington describes how the man did not land because of an emergency or crime being in process, but solely to buy a take-away meal before returning to the helicopter.

Naidoo told News 24 that internal investigations are not normally open to the public, but police are “following up on this incident”.

“This investigation into the landing in the Eastern Cape is an internal matter, we will look into it,” Naidoo said.