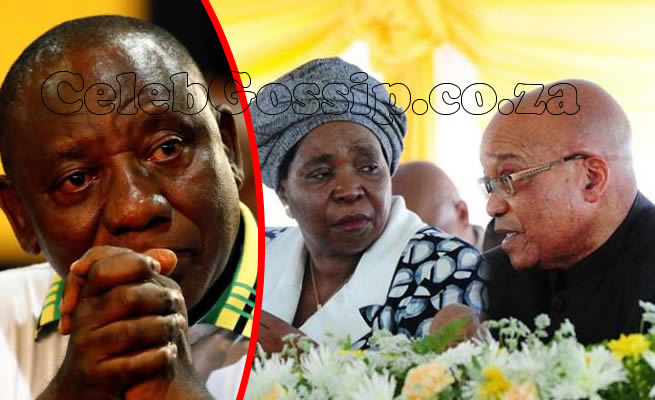 Although other ANC bodies such the women's league and other officials have rushed to claim the report is false, others have taken it seriously and urged that the issue be investigated urgently.

Cosatu has also warned that it would advise President Cyril Ramaphosa to dissolve parliament if plans to oust him were true.

Cosatu general secretary Bheki Ntshalintshali said on Monday that the federation would discuss the alleged plan to remove Ramaphosa at its national congress in Midrand, north of Johannesburg, next week. Ntshalintshali suggested that there were plans to use Ramaphosa as the face of the ANC’s election campaign and then remove him after the general elections next year.

“I think we are going to debate it in the congress. If there are plans to remove him, we will advise him to dissolve parliament. People can’t come through the back door,” he said.

Ntshalintshali said that if some ANC leaders want to be presidents, they must win in a proper conference. Cosatu supported Ramaphosa in his bid to become ANC president at the party's national conference last year.

Bheki Ntshalintshali has described this as suspicious. He says the federation is worried.

“His presence worries a number of people. His involvement and moving around also worries us as Cosatu. We don’t know his agenda. He’s so active.”

He adds: “We’re very, very worried. In terms of what the [former] president is discussing on these issues.”

Cosatu has called on Zuma to respond to reports over plans to oust Ramaphosa.

“The alleged clandestine plot‚ which regrettably includes the SG [secretary-general] comrade Ace Magashule‚ undermines the unity and renewal efforts of the ANC‚” he tweeted on Sunday.

Mthembu said the secret plot undermined efforts to fight and reverse the impacts of state capture.

He added: “Those involved in this plot also want to undermine the ANC 2019 election campaign so as to produce disastrous results.”