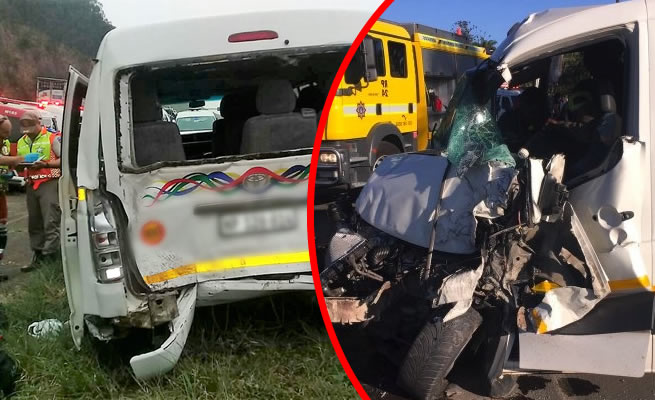 OVER 20 people were injured when a school transporter and a truck crashed on the R197, in Umkomaas, KwaZulu Natal.

Several of the injured were children.

“ER24 paramedics, along with other services, arrived on the scene to find the two vehicles in the middle of the road.

Several people were found seated inside the transporter while others were found walking around on the scene,” ER24 Spokesperson Russel Meiring said.

“Fire Services had to use specialized equipment to free the patient from the vehicle. Once freed, paramedics assessed the patients and found that approximately 20 people had been injured.

Several patients were found to be children aged between 5 and 15,” Meiring said.

According to Meiring, once treated, the patients were transported to nearby hospitals for further treatment.

Local authorities were on the scene for further investigations.