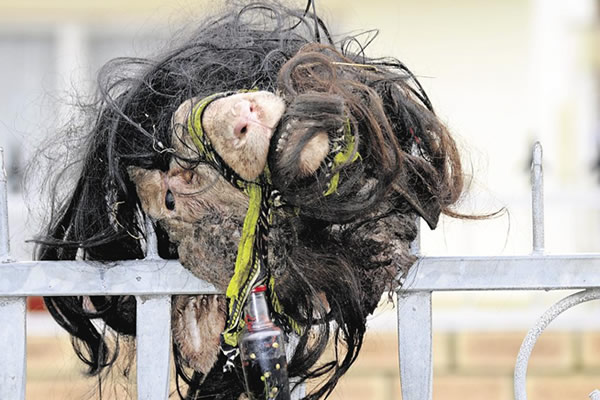 Prophet Angel Bazuuka told Christian activist Solomon Ashoms to “voetsek” and promised to curse him with a tokoloshe!

In an hour-long video posted by Bazuuka of Kingdom Prayer Ministry in Chiawelo, Soweto, Bazuuka could be heard summoning a tokoloshe to kill Ashoms.

This came after Ashoms posted a picture of Bazuuka lying naked in a bath with a glass of what appeared to be wine.

Solomon told Daily Sun he didn’t regret leaking the picture and said he would fearlessly criticise pastors and prophets who he believed were not carrying themselves with integrity.

“And Bazuuka is one of them,” he said.

Bazuuka is out on bail after a 15-year-old laid charges of rape against him in April. He spent over two weeks behind bars.

“He sent the picture to a minor and a girl he allegedly raped. It feels good to know people have discovered the truth about what certain men of God do when no one is looking. It will help people to be careful when they are with them.”

Bazooka said in the video: “Let the tokoloshe kill you, you idiot.

“You log onto social media and write anything stupid about a man of God. Even if I slept with a woman, it is none of your business, fool.”

Several attempts to get hold of Bazuuka and Nana Poku, the founder of his church, were unsuccessful.

Police spokesman Captain Mpande Khoza said cops were looking for Bazuuka after another case of rape was opened against him over a week ago.

Khoza said: “He is believed to be out of the country and that is a violation of his bail conditions.”