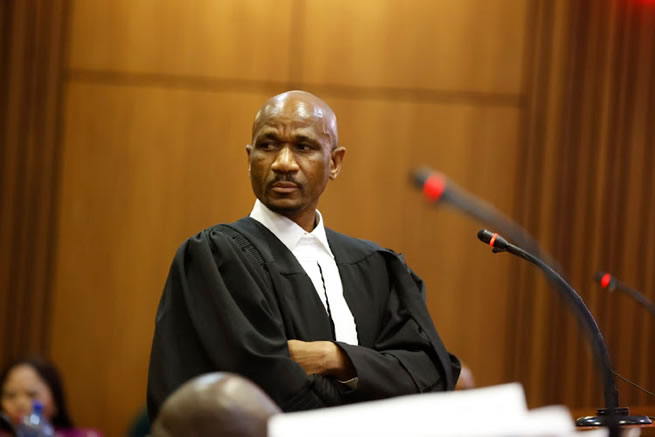 Advocate Malesela Teffo has come clean on his withdrawal from the Senzo Meyiwa murder trial, claiming it was a strategy he used to “confuse the enemy”.

Teffo represented four of the accused in the Meyiwa murder trial. He said he was withdrawing as counsel from the case as he was tired of the “harassment” he had suffered.

Teffo then made U-turn last week, announcing he would be returning with a list of demands, including calling for police minister Bheki Cele to be dismissed and investigated for abuse of his position.

According to Teffo, Senzo's brother Sifiso knew about the “strategy” and that's why he said he wasn't worried about Teffo’s decision to quit the case mid-trial.

In an interview with Newzroom Afrika, Sifiso said the Meyiwa family was not worried about Teffo quitting.

“He told us about the harassment and we agreed he should take this decision. We are not worried because we know what will happen from now on. He is still on case 375, which is the one that has evidence.”

He said the family had a plan but would not share it publicly.

EFF leader Julius Malema labelled Teffo's decision to withdraw from the murder trial “disrespectful”, saying he was making it about himself.

“I am not sympathetic towards advocate Teffo. He is disrespectful and has made the case about him. That is why we are being asked about him and not about how the case is going,” said Malema.

According to Malema, Teffo’s lack of skill is the reason the EFF says he is disrespectful.

“I have chickens where I stay in Polokwane. If they steal those chickens, I will not call advocate Teffo to represent me. He has no skill, no decorum and no respect for the bench at all,” he said.

On social media, many weighed in on Teffo's claim, with some questioning the reasoning behind it.

Here is what many had to say:

"The thing about Teffo is that he got a taste of the limelight, media gave him attention and that went to his head forgetting what job he had to do, You can’t keep saying statements.. big statements and when you get the platform to air them out you backtrack.. jiggy ke strategy?"

What Adv Teffo is doing to the Meyiwa family is abolutely tragic. Even if they don't see how these games he plays harms them. He ensures justice is delayed and therefore denied #SenzoMeyiwatrial https://t.co/MuZv2NrBzw

I must be among the enemy because I am thoroughly confused by this ridiculous strategy 🤣🤣🤣. WTAF? https://t.co/60mVpg7OyU

So all his rants about the judge, the sangoma, Pres Ramaphosa, Min Cele, Advocates Baloyi and Mshololo was just nonsense and part of a "strategy"? Adv Teffo is truly not well upstairs! 😏 https://t.co/qn3r43ke0J