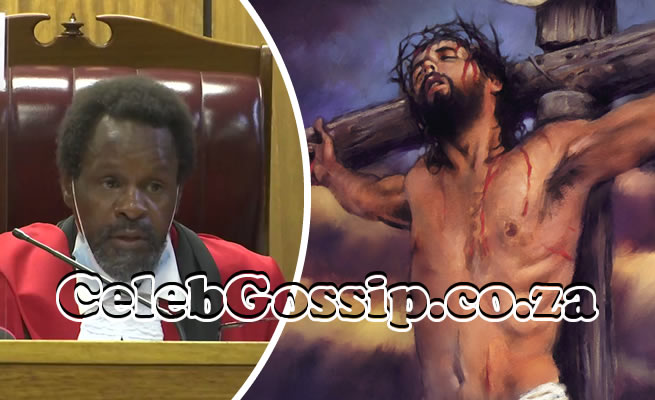 Our Lord God in the Holy Bible says "Oh come to me all you are burdened and I will give you rest".

After being accused of resorting to witchcraft by a cheeky advocate who has been representing 4 of the 5 men accused of killing Senzo Meyiwa, Advocate Malesela Teffo who also accuses singer Kelly Khumalo of shooting Senzo to death, said the High Court Judge is using witchcraft to "destabilise" the defence in the trial

However, such a strong accusation of resorting to African juju did not go down too well with Judge Tshifhiwa Maumela who quickly turned to God and remembered Jesus Christ, the Son of God, at his time of need.

"I have a physician called Jesus, and he needs no augmentation," the judge said.

During a postponement aimed at sorting out legal representation after the advocate, Malesela Teffo, who represents four of the accused, withdrew as the defence counsel.

Shortly after withdrawing, Teffo penned a letter to the State in which he alleged that Maumela had obtained the services of a sangoma to bewitch him.

"I started to have the nightmares after Judge Maumela brought his sangoma to court, and his ill-treatment against me increased more than ever before," Teffo said.

"I was reliably informed that the involvement of the sangoma in this matter was to cause me to collapse inside the court. This is the witchcraft aimed at destabilising the defence for accused one to four, and myself being the main target in this regard."

Teffo then claimed that Maumela drank a concoction in court to achieve the goal of making him collapse.

"This is the main reason I decided to withdrew (sic) from the matter, after I informed my clients and the attorney.

After dealing with the issue of legal representation and accepting that Teffo's instructing attorney, Timothy Tshepo Thobane, would continue with the trial, Maumela said he had received communications from time to time and had observed media house's posters about the trial while driving around.

"…some of them are very interesting. They are even about one's faith," he said.

The judge then appeared to rubbish Teffo's allegations when he said that although it was no one's business, he had a physician.

"I have a physician called Jesus, and he needs no augmentation."

He added that he "needed to say that."

Thobane distanced himself from Teffo's averments.

The matter has been postponed to 5 September for the continuation of the trial.