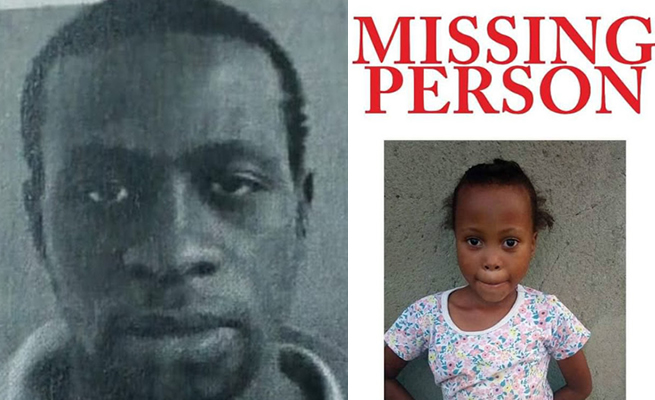 A convicted murderer – out on parole and wanted in connection with the disappearance of a six-year-old girl – was previously set free after serving half his sentence for another conviction for attempted murder.

Today, 20 days since little Bontle went missing, Sowetan revealed that Collen Hlongwane’s parole last November was his second bite at freedom, despite his run as a hardened criminal.

Correctional services department records show that in 2008, Hlongwane was convicted and sentenced to 10 years in prison for attempted murder. He was released on parole in May 2013.

While on parole, he murdered Khonzi Ntsingwane and was subsequently convicted and sentenced in January 2016 to 15 years in prison, three years of which were suspended on condition he does not commit a similar crime.

He spent only five years behind bars for the murder before he was again released on parole last year.

In between the two convictions, in 2014, Hlongwane was also convicted for breaking parole conditions, and was sentenced to 1,244 days.

It has also emerged that Hlongwane does not have an ID number reflected in the police record system, according to two police sources. This makes it even harder to consolidate a file of the sum total of his criminal activity, including other allegations of violence.

“It’s becoming difficult to trace some of Hlongwane’s cases because he does not have an ID book,” said a police officer who investigated him. “So we are using his date of birth which he gave in each and every arrest from his previous crimes. So he might at some point have given the wrong date of birth,” the officer said.

Police are now looking for Hlongwane in connection with the disappearance of Bontle Zethu Ditebogo Mashiyane, who was last seen with him on April 30 outside her home in Mganduzweni in Masoyi, near Hazyview, Mpumalanga.

Earlier this week, Ntsingwane’s family said they were shocked he was out on parole as they only found out through a newspaper, not the correctional services department.

They said Hlongwane is a dangerous man who had threatened and subsequently killed Ntsingwane. Hlongwane is the boyfriend of a woman who lives near Bontle’s family home.

When the news crew visited the girlfriend’s home on Tuesday, there was no-one at the house and a neighbour said she was last seen on Friday.

According to a source close to the investigation of Bontle’s disappearance, the girlfriend may not have known that Hlongwane was involved in serious crimes before. “When we questioned her, she froze and looked shocked that her boyfriend was once arrested for violent crimes involving abuse towards women.”

Asked what processes followed to give Hlongwane parole, correctional services spokesperson Singabakho Nxumalo said he had served his minimum sentence by law.

“[The] offender completed all rehabilitation programmes that were allocated to him according to his correctional sentence plan that address his offending behaviours. [The] offender also attended social work programmes. Positive confirmation of the support system was attached.”

Nxumalo said the department had to rehabilitate an inmate and prepare him/her for the parole board to consider and make a decision.

“Unfortunately, you do get cases where someone has been placed on parole and finds ways to re-offend. What is key is that every detail about an offender has to be submitted before the parole board before a decision is taken. Critical in this instance is the correctional sentence plan as it will indicate if an inmate did attend the specific programmes which were identified upon admission.

“It is also important to study reports of [the] specialist in terms of the state of readiness for an inmate to reintegrate back into society.”

Nxumalo claimed only 2% of parolees fail to comply with parole conditions.

“Although the number may look small, it does hurt our efforts when people go back into the life of crime. Hence it becomes critical that such a person must be apprehended and brought back to us.”