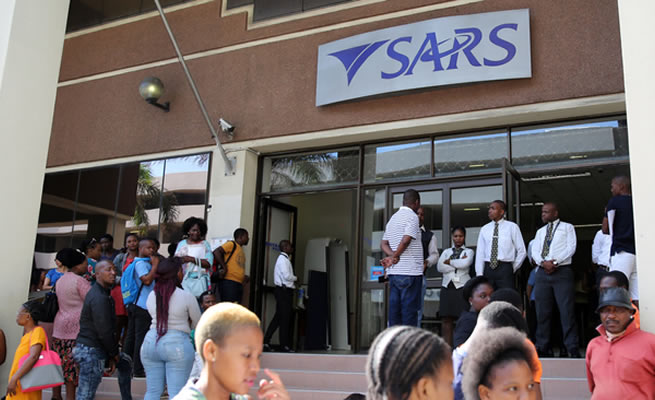 This was revealed by finance minister Enoch Godongwana, who was responding to a Q&A in Parliament on Monday (16 May). He said that SARS is pursuing several strategies to ensure that taxpayers understand their tax obligations – and where they fail to meet them, that the law is enforced.

Notably, just 72 people owe 68% of the total due to SARS from individual taxpayers, while around 500 entities owe 76% of all debt owed in that category.

The finance lead said that tax debt arises from a number of different scenarios which include the submission of returns without payment, audit assessments, etc.

“Depending on the origination of the debt, such debt can accumulate due to interest, penalties and additional taxes. Furthermore, debt could be as a result of a single assessment resulting in large amounts of debt being added into the debt book,” he said.

He said that SARS follows a prescribed debt collection process on all taxes overdue. However not all instances of enforcement – e.g. deferral of payment arrangements, third party appointments, etc. – readily lead to all debt being collected timeously, such that some debt remains in the books whilst collection steps are ongoing.

SARS legal collection steps will include issuing a final demand and appointment of third parties, civil judgments, personal liability, writ of execution, etc. which may give way to the attachment of assets.

“SARS also considers criminal proceedings against taxpayers on the basis of the tax debt owed. Each debt case would however be treated on its own merits however SARS always seek to ensure that all due debt is collected on time as far as practically possible and that the enforcement actions are applied consistently, taking into account the facts of each case,” the minister said.

SARS recently published its strategic plan for the next three years, which includes its intentions to secure revenue sources.

Over the next three years, it wants to implement a ‘revenue recovery programme’ that is aimed at raising overall revenue by 5% to 10% from what it calls ‘compliance’ activities.