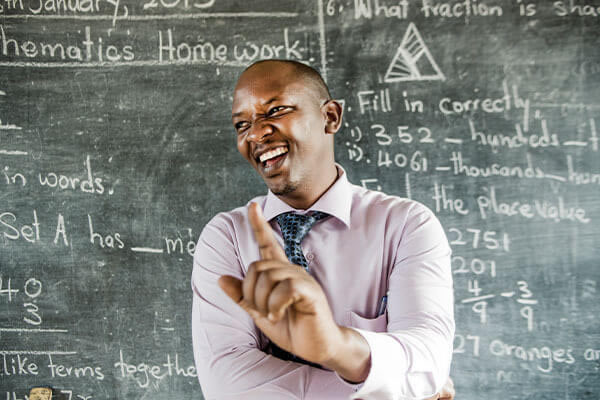 The 37,500-strong South African Teachers’ Union (Saou) has rejected a controversial suggestion to recruit teachers from India and Zimbabwe to alleviate an expected shortage.

Saou’s rejection comes in the wake of the non-renewal of the contracts of 465 foreign teachers in December by the North West and Limpopo education departments.

Last month, the department of home affairs published a list of critical skills needed by the country which included the teaching of science, technology, engineering and maths in grades 8-12.

Researchers from Stellenbosch University, who conducted a study on teacher supply and demand for the department of higher education, projected that 39,500 new teachers would be needed in public schools in 2025 and 52,000 in 2030.

“A bulge of older educators is reaching retirement, and as this bulge exits the system, an exceptionally large number of joiners is needed,” the report said.

The researchers suggested that one way “to expand teacher supply to meet rising demand” was to appoint teachers from Botswana, Lesotho, Zimbabwe and India.

Researchers Servaas van der Berg, Martin Gustafsson and Cobus Burger said the annual production of new teachers was about 25,000 but only 17,000 ended up in the public service.

Their research found that only 54% of full-time students had graduated and joined public schools eight years after they started their studies.

The report said concern had been raised over indications that those training to become teachers at university “have relatively low grade 12 exam results”.

While pupils are expected to be taught in their mother tongue in grades 1-3, there was an undersupply of teachers for all African languages except isiZulu.

The report said the advantage of appointing foreign teachers was that they could be brought in for limited contract periods to assist when the annual supply of new teachers produced by the university system is under strain.

It said Botswana, Lesotho and Zimbabwe had an over-supply of teachers who cannot find jobs, and that India could also be considered as a source.

Teacher salaries in South Africa were likely to be attractive to India’s teachers.

Other policies suggested by the researchers to increase teacher supply included:

Van der Berg said there was a shortage of maths teachers. “India is doing very well in that regard and getting some of those teachers would be good for us, but that is likely to be a politically fraught issue.”

He said that if Zimbabwean teachers were offered jobs in South Africa, “a large proportion would leave Zimbabwe because South African salaries are so much better, but it would be politically insensitive.”

Prof Labby Ramrathan of the education faculty at the University of KwaZulu-Natal said it would be “a disaster for the morale of South African teachers and aspirant teachers” if educators were imported.

“We have very real opportunities to expand employment opportunities for South African citizens and there is no shortage of skills within SA to fill any required shortages.”

Saou CEO Chris Klopper said the union did not support the idea of importing teachers because “there are more than enough competent teachers in SA”.

“If we consider that there are 26 universities in SA that are all involved in teacher training, the remedying of the number is not that daunting.”

Basil Manuel, executive director of the National Professional Teachers’ Organisation of SA, said recruiting teachers from other countries “cannot be a bad idea if we can’t supply our own from here”.

“We’d rather have good, qualified teachers than have no teachers simply because we are trying to ensure that South Africans get posts. But we need to look close to home first.”

Ben Machipi, general secretary of the Professional Educators’ Union (PEU), said it supported recruiting foreigners as many schools are without maths and science teachers.

“But this should be a temporary arrangement while we try to find permanent solutions.”

The South African Democratic Teachers’ Union (Sadtu) did not respond to queries.

Prof Chika Sehoole, dean of the education faculty at the University of Pretoria, said though emphasis is placed on the number of teachers needed “we also need to look at the types of teachers the system needs”.

“In our education deans' forum meeting with the department of basic education, the department made a plea for education faculties to produce teachers in civil, electrical and mechanical technology, and technical maths, sciences and engineering graphic design subjects.”

“Zimbabweans and Ghanaians are well trained in these fields and we need to learn from these countries how they got it right.”

Prof Elbie Hennings from the University of Johannesburg said it was “highly likely” there would be a teacher shortage in 2025.

“Schools I know of are finding it hard to replace maths and science teachers. Experienced foundation-phase teachers [grades 1-3] in public schools also leave for the less stressful work environment of private schools where the classes are smaller.”

Basic education department spokesman Elijah Mhlanga said there was an adequate supply of education graduates to fulfil the need.

He said the number of unqualified educators has reduced substantially over the years and as at December there were only 1,028 unqualified teachers at schools.

“The department has for years been compiling a database of qualified teachers not currently teaching.

“It has a list of qualified, unemployed educators and through the Funza Lushaka bursary scheme, it has done enough to attract young people into teaching such that we are unable to employ all of them.”

He said that statistics indicated that there were more teachers graduating annually than those leaving the system.

“There is no need to recruit abroad.”

Higher education department spokesman Ishmael Mnisi said the research was commissioned to understand the trends and to plan for enrolments in teacher education in universities.

"The issue of teacher supply and demand is a complex one and is therefore is under discussion with the department of basic education, universities and SACE (South African Council for Educators)."

He said questions relating to the employment of teachers fall within the mandate of the department of basic education. – Work In South Africa