Every time he came home after a busy day as a truck driver, he smelled men’s perfume in his house.

And for about a month he suspected that his wife was cheating on him.

But she denied it, saying the perfume smell belonged to a plumber, DStv connector or an electrician who was fixing something in the yard.

“I always believed her because I love her,” said the man.

However, the 32-year-old from Block BB in Soshanguve, Tshwane decided to consult a sangoma, who gave him strong muthi.

The sangoma claimed if the wife (29) was indeed cheating, she’d be caught.

So on 10 September, the man dug the muthi into the yard as instructed. But he never thought the muthi would actually work and that his wife would be caught in the act. Much to everyone’s surprise, she was found stuck to her lover on Tuesday, 12 October.

“I’m heartbroken. My wife’s sister called me at about 9am and told me there’s huge problem at home.

“When I got home, I saw a silver grey Toyota Yaris parked in my yard. When I entered the house, black trousers, shoes and white T-shirt greeted me in the lounge. But I was not shocked when I entered the bedroom because I knew my wife was cheating on me,” he said.

He said when he confronted his wife and her lover, they didn’t respond, but just made funny sounds. They could neither say any words nor answer any questions.

The man said he knew the man his wife cheated with.

He said they sometimes drank together at the tavern.

“My wife and I have been married for seven years. She sometimes complained every time we had sex, saying she’s tired or did not feel well, but she would go all over with friends.

“I don’t regret what I did. It’s over between me and my wife. She cheated on me in my sheets and bed with someone I know,” he said.

Traditional healer Kuppe Banda was called to the couple’s house. He said his muthi didn’t disappoint his clients. 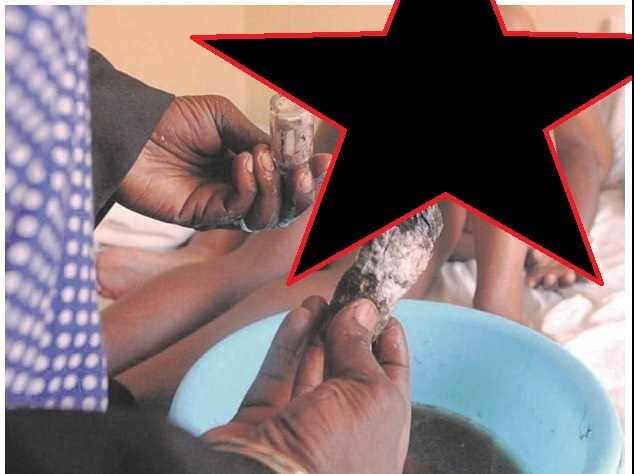 Banda said if he left the cheating pair stuck together, the man might die.

“I will have to continue working my muthi around them until they separate. I am not exactly sure when the separation will happen. It could be hours or days,” he said.