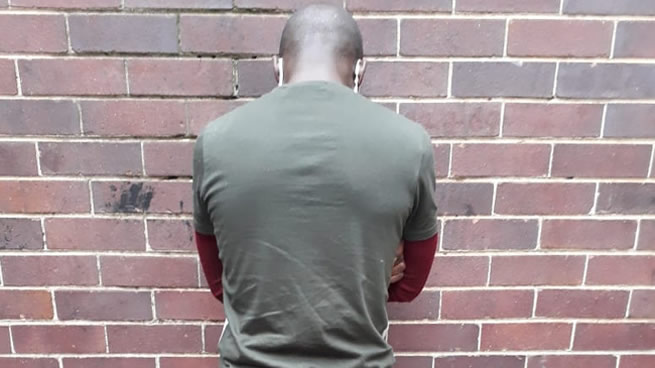 He had an affair with mamfundisi for a year and five months and it was great.

But things changed when she introduced her husband into their relationship.

NOW HE’S ENDED UP BEING THE FILLING IN A SANDWICH HE NEVER WANTED TO ORDER! The 32-year-old from Wattville in Ekurhuleni now regrets getting involved with the mamfundisi.

He revealed he met the mamfundisi when she recruited him to join church.

They grew closer and he eventually asked her out.

“We live in the same kasi, so I always saw her around. I only started liking her once I got to know her personality,” he said.

In April, she told him she wanted her husband to be part of their relationship.

“I was shocked. But she told me they have an open relationship and such things happen all the time,” he said.

Although he agreed to the new arrangement, he was surprised to see the pastor walk into the hotel room with his wife. “He could see I was scared, but told me to relax as there’s nothing to be afraid of,” he said.

Things were great, but the couple allegedly started demanding more of the man’s time and also wanted to explore things he wasn’t comfortable with.

“They started to demand more time around June. I told them I had school and a girlfriend, and that this was becoming too much and I needed time,” he said.

But instead of giving him a break, the mamfundisi suggested they draw up a time table.

“They called me in the first week of August and I decided to go because I missed the fun. But in the second week, the pastor started doing weird things to me.

“He’d insert his finger in my butt and I’d move to show I was uncomfortable,” he said.

The man said this happened again and he told them he didn’t like it. That’s when the husband suggested he explores poking him while he does other things to his wife.

“I decided there and then that I was done with this. I told them I was done, but they didn’t take it very well. The wife called and threatened to make my life a living hell. I blocked their calls,” he said.

He said he doesn’t know what to do and believes they won’t stop bothering him.

“I need Mzansi to give me advice as to what to do in this situation,” he said.

The man’s brother (34) said he warned him about the mamfundisi.

“He was too excited to have fun with these people. Now I don’t know how to help him.”

Daily Sun spoke to the mamfundisi (47), who denied threatening the man. But she admitted to being in a poking relationship with him.

“I don’t think I should be explaining my bedroom matters to strangers, but this man has really helped my marriage,” she said.

She said they’ve grown fond of him and that’s why she was frustrated when he told them he was done.