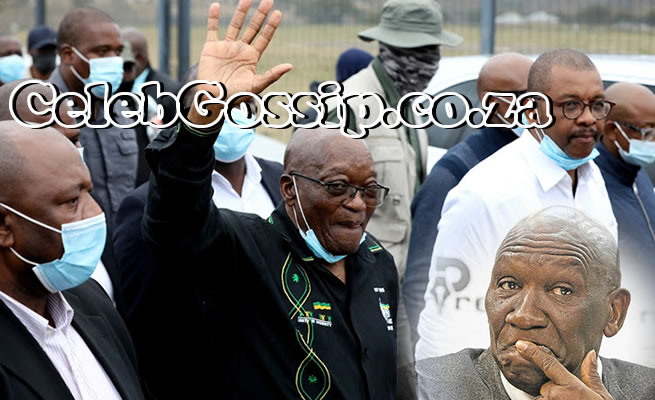 The Jacob Zuma Foundation has lashed out at the National Prosecuting Authority and the media over the "callous and insensitive" handling of details of the former president's health.

It said a document containing details of Zuma's medical status was marked confidential and should not have been "freely and deliberately circulated at a mass level".

The JG Zuma Foundation condemns the malicious and syndicated reportage in violation of the rights of H.E President Zuma. pic.twitter.com/fFNsCRkAnH

"The rules of common decency dictate that such information be treated in a manner which observes the human dignity and privacy rights of any person or patient," the foundation said in a statement.


Zuma was expected to appear in the KwaZulu-Natal High Court in Pietermaritzburg for his arms deal-linked corruption case.

However, he was hospitalised last week.

He has been serving a 15-month jail term for defying a Constitutional Court ruling that he should appear before the State Capture Inquiry.

"The intention is obviously to play to the manufactured consensus of the racist right-wing that the serious illness of [Zuma] is part of some silly games or so-called 'Stalingrad' tactics," the statement read.

Details of Zuma's health were revealed in court papers on Tuesday. The papers were not sealed and were therefore in the public domain.

In the papers, a high-level military doctor said Zuma suffered a "traumatic injury" late last year and needed "extensive emergency treatment" and six months of care to restore his health.

"[On Tuesday], both at the High Court and in the media, was another example of a travesty of justice where president Zuma's rights were once again waived. This must now stop," the statement read.

The foundation further stated that delays in the criminal trial were due to Zuma's " unlawful detention" and an attempt to have the trial held virtually, which Zuma's legal team has since challenged.