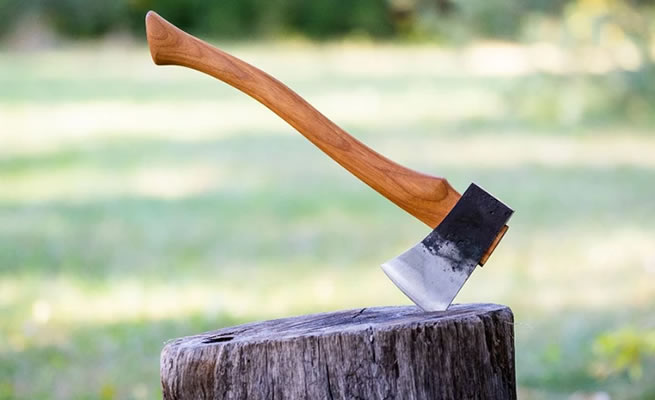 A 24-YEAR-OLD man on Monday allegedly decapitated a 17-year-old Form Two pupil with an axe before removing his private organs and buried them in a pit latrine following a heated exchange over noise from a radio.

The gory murder occurred in Cold Streams, Penhalonga in Eastern Zimbabwe. The alleged killer, Solo Mafondokoto went on to dump Maxwell Mangoma’s remains in a gorge near a stream before confessing to the heinous crime.

The gorge is about 200 metres from the Mafondokoto homestead where Maxwell stayed after being adopted by the family while doing Grade Two.

It was a sombre atmosphere when The Manica Post visited the Mafondokoto homestead on Tuesday morning as family, neighbours and villagers were grappling to come to terms with the shocking incident which took place barely a month after a farm worker was killed in a suspected ritual murder before being thrown in a dam in the same area.

Leading detectives through indications at the crime scene on Tuesday afternoon, Mafondokoto who showed no signs of remorse, said a scuffle ensued after Maxwell, a pupil at Muchena Secondary School had disturbed his sleep by loudly playing music.

“I was infuriated. Mangoma disturbed my sleep and I did not like it. I pretended as if all was well before he proceeded to the kitchen hut where I followed him. I took an axe and hacked him twice. I struck his neck and removed his head. I put his body in a wheelbarrow.

“I took a knife and sliced his privates. I dumped his head together with his privates in a toilet before carrying the other remains in a wheelbarrow and dumped them in a gorge near a stream. I had killed a chicken the previous day and also dumped it in the toilet,” he said.

He looked agitated after being quizzed on why he had killed the chicken first and threw it in the same toilet before committing the heinous crime the following day.

Villagers retrieved Mangoma’s head and the rooster from the pit latrine, but the privates were missing, leaving them to link the incident to a ritual killing.

Mafondokoto’s father, Solomon, said his son was a peaceful man and did not know the motive behind the murder.

“We are really shocked. I was at my workplace at Mutare Board and Paper Mills in Muchena when Solo visited me. My wife, Virginia Kandiero who was also at my workplace left for home and when she arrived, she called me saying there were some bloodstains that had been covered by soil near the kitchen hut. I quizzed Solo after my wife told me that Maxwell was missing. He professed ignorance over his whereabouts. I pressured him to reveal the truth and he confessed killing Maxwell,” said the father, Solomon.

He added: “My son revealed that he had axed him because they had an altercation over noise from a radio. He looked so relaxed and unbothered. He said I should also kill him since he had committed a crime. In shock and trepidation, I left work and we proceeded home. I alerted other neighbours and we interrogated Solo who also confessed hacking Maxwell to death. He narrated to us how he had executed the crime.

“We tied his hands since we feared he would run away. He led us to where he had dumped Maxwell’s remains. We reported the matter to the police as well as notified Maxwell’s relatives in Wengezi.”

Meanwhile, a 56-year-old Chipinge woman allegedly fatally assaulted her seven-year-old grand-daughter with a sjambok, accusing her of stealing ZW$100 (about R0.50), www.celebgossip.co.za has learnt.

Edinah Makuyana of Maengeni Village, Daisyhill, Chipinge this week appeared before Mr Frankly Mkwananzi at Chipinge Magistrates’ Court facing murder charges. She was not asked to plead and was remanded in custody to May 24.

Makuyana was also advised to apply for bail at the High Court.

Prosecuting, Mr Timothy Katsande, said on May 7, Makuyana checked her money which she kept in an empty camphor cream container and found nothing.

She asked the two siblings, Tadiwanashe Sithole and Sithandikile Masunungure whether they had seen the money. Tadiwanashe later admitted stealing the money. It is alleged that Makuyana took a sjambok and assaulted Tadiwanashe several times all over the body.

After bashing her, Makuyana told Tadiwanashe to sit under a mango tree. Tadiwanashe complained of general body weakness and went to the bedroom to rest.

A police report was made leading to Makuyana’s arrest.