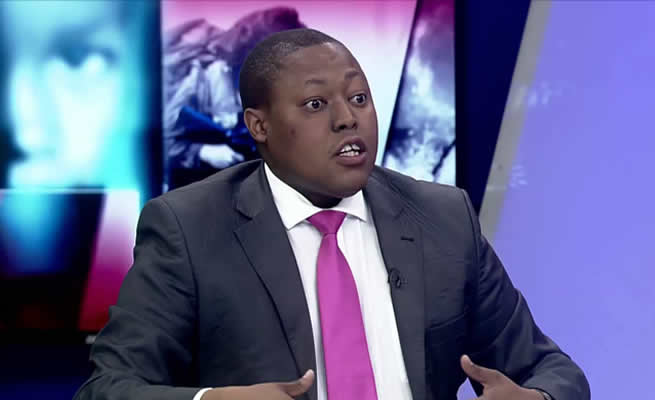 Ramathibela, 33, who is described on his company website as a homemade economist, made a brief appearance in the Joburg Specialised Commercial Crime Court yesterday, where his case of fraud and theft was postponed to next month.

He is out on bail of R15,000 following his arrest by the Hawks at the Tiso Blackstar offices in Parktown, Joburg, in April, where he was due for an interview to respond to allegations against his company. He had been evading arrest.

Ramathibela is the director and chief investment officer at Clivera Incorporated, based in Bryanston. He is a former ANN7 business editor and has freelanced for the SABC, specialising in finance matters. He also goes by the double-barrel surname Ramathibela-Smith.

Ramathibela is believed to have used his public image to lure dozens of victims to invest their hard-earned money, including pensions, in Clivera. The court papers listed five individuals who he allegedly defrauded in October 2014. They invested between R250,000 and R1m each, totalling R4430880.

Titus Mawasha, whose father gave R880,000 to Ramathibela, took his frustrations of not getting his late father’s returns from Clivera to hellopeter.com. Mawasha said Ramathibela had personal relations with his father, but failed to return his investments upon his death.

“Ramathibela-Smith has not said a single word about returning the money. The matter is with the estate attorney, and the first summons has been issued to him. My issue here is that he knew my dad personally, as they went to the same Jehovah’s Witness church. During the passing of my father, Clive kept quiet about the money invested. He came with a weird story which is recorded, and makes no sense at all. It has been two years and a few months, with no feedback from him,” Mawasha wrote.

He said he pleaded with Clivera’s directors to return the funds, as his family were taking financial strain. He said all the documents had been submitted to the master of the court, and only Ramathibela’s portion was outstanding.

“Our little brother needs access to the estate money and he is unable to do so, as Mr Clive is living comfortably. Our brother and stepmother struggle to eat, get medication and clothes, and all we hear from our neighbours back home is that now and then there is no electricity or food and water. They have to beg from our neighbours,” wrote Mawasha.

A source close to the investigation told The Star that Ramathibela’s bank accounts were almost depleted at the time of his arrest. “He didn’t have more than R3000 in his bank account and he told us that he had invested the money in Kaizer Chiefs and Orlando Pirates soccer clubs, but we have since learnt that he used it to run his business, pay staff salaries, rent and services. He is broke,” said the source.

In April last year, the Financial Sector Regulation Authority (previously known as the Financial Services Board) withdrew Ramathibela’s licence during its investigation into his business conduct.