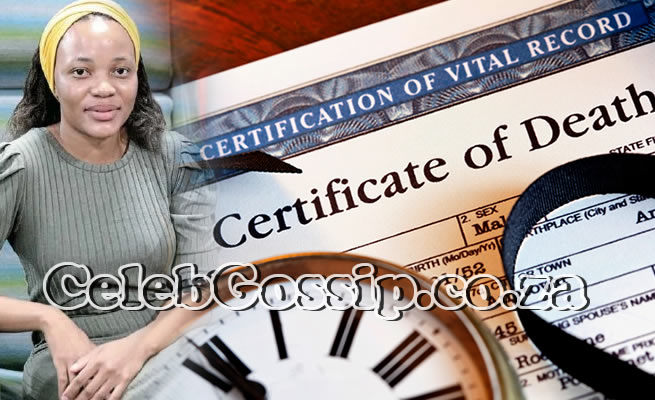 One of three men arrested in connection with the fraudulent submission declaring the death of the estranged wife of a prominent bishop to the department of home affairs allegedly lifted fingerprints from a corpse at a funeral parlour.

The three men, including a lawyer and an employee at a Tshwane funeral parlour, were arrested on Friday and Saturday in connection with a scheme to certify the wife of Michael Sandlana, the leader of a faction of the International Pentecost Holiness Church (IPHC), dead.

Gauteng police spokesperson Capt Mavela Masondo said the three men, aged between 45 and 53, are expected to appear in the Alexandra magistrate’s court today on a charge of fraud. This was after Magalane Benedicta Sandlana opened a case of fraud at the Sandton police station on April 16 after she discovered that she was declared dead in a ploy to place her estate under her husband as the executor.

The three may not be named until they have been charged.

When asked to comment about the corpse fingerprints claims, Masondo said the allegations pertaining to this matter were subject to investigation and that he could not disclose details. “I can confirm the three suspects have been arrested and more arrests are expected,” said Masondo.

A source close to investigations told Sowetan that one of the suspects allegedly used the fingerprints from a corpse that was kept at the parlour to pass them off as those of Magalane.

“He [allegedly] lifted those fingerprints and gave them to the third suspect who submitted them to home affairs with accompanying documents to process Magalane’s death certificate,” said the source.

The source said the suspect was arrested after he handed himself over to police on Friday. An official at the funeral parlour previously told Sowetan the accused employee had not been to work since Wednesday after he called in sick. “I have heard that he was arrested but I did not have details pertaining to his arrest,” said the official.

Magalane was declared dead by the department of home affairs on March 16. She discovered this when she struggled to transact on her bank account two weeks ago. The certificate indicated that she had “died” of “natural causes”.

The first suspect, a lawyer who submitted to the master of the high court in Pretoria a death notice and letter of executorship of Magalane’s estate on April 9 which bore the names and personal details of Sandlana as well as his signature, was nabbed on Saturday.

The notice was submitted along with a certified copy of Sandlana’s ID document, the couple’s marriage certificate, the “death certificate”, inventory of properties, a nomination form, acceptance of trust as executor, an affidavit and ID copy of Magalane.

According to documents, Sandlana was to inherit three properties with a total value of nearly R1.5m.

“The lawyer was sought by the police for his role in this matter. They tried calling him but his phone has been off since last Wednesday. He wasn’t even going to his office any more,” said the source.

Police had to follow him to church on Saturday morning where he was arrested in his full church attire in front of other congregants, and celebgossip.co.za learnt that he was reportedly apprehended while praying in tongues

Magalane, who has since gone into hiding after allegedly receiving threats on her life, told Sowetan that she was happy that progress had been made on the matter. “I just hope that I will have my life back after this because I can’t do anything at the moment.”