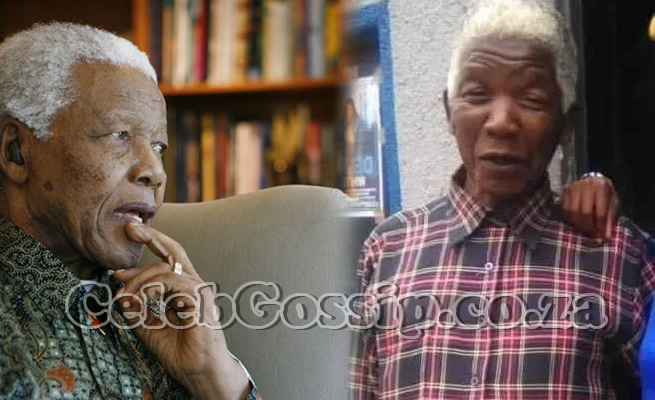 The granddaughter of former president Nelson Mandela, Zoleka Mandela, has asked people to stop tagging her on photos of Themba Michael Qhina on social media.

Themba, who’s Tata’s lookalike, has been trending on social media for the past few days with many people saying he might indeed be a Mandela.

Speaking to Daily Sun, Themba also said he thinks he might be a Mandela.

He said he needed help finding out.

The author and activist said: “Dear ‘People that don’t mind your own business’. You’ve tagged me on Twitter, both my Facebook accounts, on Instagram and sent me WhatsApp messages.

“My family is at war with one another. Why encourage the man to be part of the family that does not even want, respect, love or recognise its own bloodline? When was the last time you even saw any of us under one roof, as a family?

“Not when there’s pure hate and evil among us. Lives have been threatened, by family members. Do you know that? Family has stolen, lied and fundamentally disrespected and altered what I thought a family or our family stood for, what I thought we felt for one another, what we mutually cared for.

“As a result of greed, ill-will and spiritual sickness, we are not a family.”

She said she’s not the person people should be tagging.

People, including celebrities who read her post comforted her.

Omarosa wrote: “I’m sorry Z. You should not have to deal with negativity.”

Nnini Seruwe wrote: “This picture has been making rounds in my village, apparently Ntate ona stays here. I don’t think they meant to hurt you, askies.”

The Madiba lookalike said he enjoyed the attention he received from people when walking down the streets, but what would really make him happy would be to know exactly where he comes from.