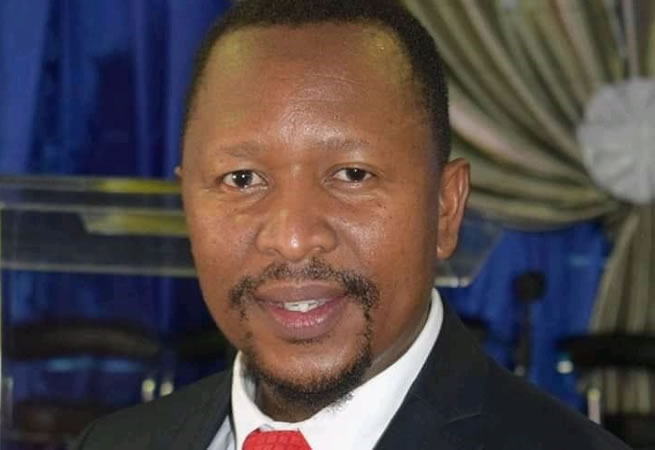 The picture of the bishop’s erect 4-5 inside his jeans has exposed a love triangle and caused a big scandal in the small town of Reitz in the Free State.

Kgaketla Mokoena is the bishop at The Restoration of Life Ministries, and the picture appeared on the church’s WhatsApp group.

The bishop is allegedly poking his wife’s colleague, a court clerk.

Mokoena is also a bigshot ANC official and is a Speaker in the Nketoana Local Municipality.

The bishop’s affair was confirmed to Daily Sun by his makhwapheni, who’s married.

She claimed their relationship started in April after she had been fighting with her husband.

Soon afterwards, according to screenshots of messages Daily Sun has obtained, the bishop was pestering the woman for sex.

But she said the affair has now reached its sell-by date after the man of the cloth failed to fulfil promises he made in bed.

In the messages, the mfundisi promises to bless the woman with sexy lingerie. 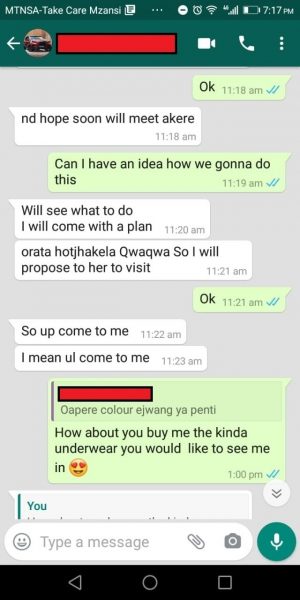 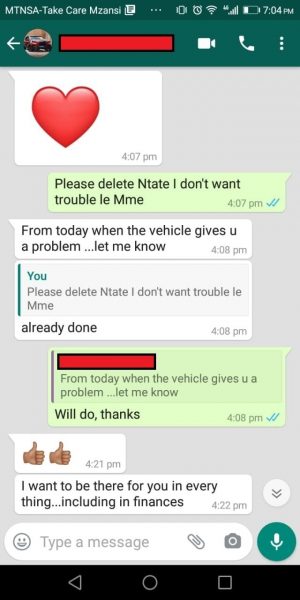 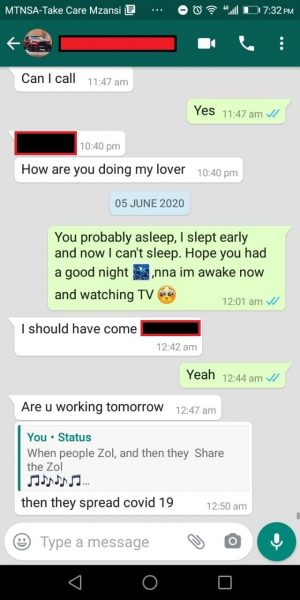 “It was easy to start a relationship because I work with his wife and I’m a member of his church. Whenever we were together in public, it was assumed we were discussing church business,” she said.

“His wife and my husband don’t know about this relationship, so please don’t reveal my name.”

She said it was only about the exchange of money and sex, nothing more.

“I didn’t think of him being our church leader when we first started,” said the nyatsi.

She said the relationship mostly took place during lunch hours on weekdays and in the evening on weekends. She apparently received a R2 500 monthly girlfriend allowance and a little extra cash when she called in bored.

“He’d give me the money in cash because we were both scared our partners would trace the money if done via EFT, especially now that the leaked picture shows he’s having an affair,” she said.

In WhatsApp chats seen by Daily Sun, the two exchange nude pictures, money and sex talk, which eventually had them having sex without protection.

Mokoena confirmed his nude pictures were leaked and were a subject of discussion in his community of Mamafubedu.

But he denied he was sleeping with his wife’s colleague.

“I’m not having an affair and I don’t care what people say or think,” he said.

“I’m aware a picture of my firm manhood is making the rounds on social media and in the community, but I don’t know who might have leaked it.”

Asked who he initially sent the pictures to, the bishop refused to comment further, stating the matter is now with his attorneys.