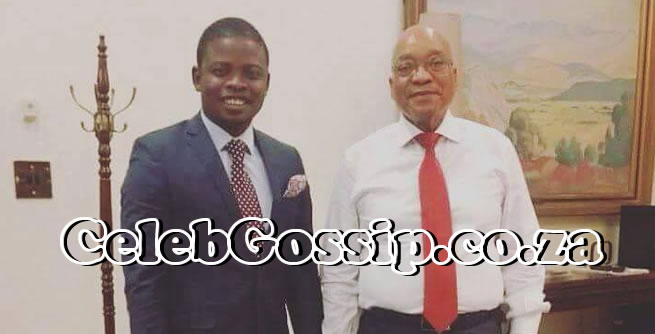 Self-proclaimed Prophet Shepherd Bushiri could be making a killing from selling his church’s products and other services offered by the church.

A disgruntled former general manager in charge of finances told a journalist in 2016 that Bushiri was making a lot of money from selling anointing oil, wristbands, water and other products.

The man started by introducing himself as Alex Sarpong.

“I’m Alex Sarpong, and I’m an accountant and former General Manager for the ECG church. I started working in September (2016). I was introduced by Prophet Bushiri to managers of different items, anointing oil, water, wristbands, badges, Tshirts, recorders, photographs and other items they sell at the church.”

After a busy selling week, the various employees would report to Sarpong and hand him the money from such sales.

When he was outside the country, I would send him the figures and hand him the cash when he comes. Offerings and seed would normally go to the church bank account to be used for other church expenses. Tithes would go straight to him every Sunday and also R28,000.

He also revealed that the church was not paying government tax.

Not only are these so-called 'men of God' in South Africa illegally, but they are actively involved in bribery, corruption, and money laundering!

Asked if it was true that then-minister of Police Fikile Mbalula wanted to arrest Bushiri over money laundering, he confirmed it was true but he fended off the threat by engaging then-President Zuma.

“He told me that the minister wanted to arrest him for money laundering but he said President Zuma was his son and also gave him R4 million for protection,” Sarpong claimed.

Bushiri is currently battling a plethora of charges ranging from money laundering to fraud and illegal immigration.