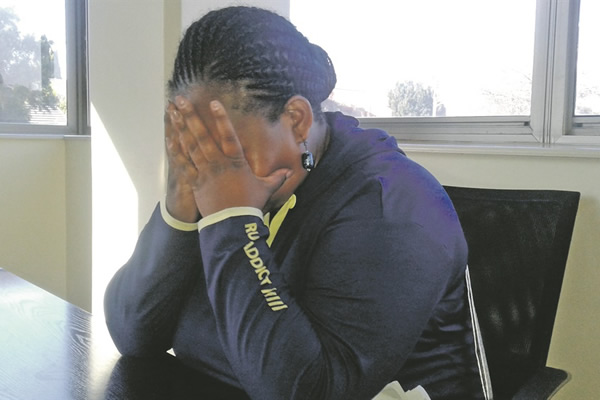 THEY met in church and became friends on Facebook, and soon Yolanda Magagula (39) fell in love with the 33-year-old man.

Yolanda even paid her boyfriend’s gym membership every month and bought the man gifts.

On Friday the beautician from Pretoria West in Tshwane was left in tears. Her lover allegedly disappeared, along with her Audi A4 and Chevrolet Sonic, R30 000 in cash and jewellery.

Devastated Yolanda told Daily Sun she got a call on Friday to say her lover hadn’t picked up her kids from school as usual.

“I could tell something was wrong and I took a taxi to fetch my kids. When we got home the garage was empty. I rushed to our bedroom and found the wardrobe open and his clothes gone. I knew then the man had tricked me,” she said.

She tried calling him on both his cellphones, but his phones were off. When she called with her friend’s cellphone, the man dropped the call when he heard Yolanda’s voice. She said any woman would have fallen for her boyfriend.

“He treated me well. Every day he would tell me he loved me. He was the man of my dreams,” said Yolanda.

She said in return she bought him gifts and paid his gym membership every month.

“I liked his muscles. I thought he loved me and I loved him back.”

Yolanda said she went to the police to open a case of theft.

“Police managed to find the garage where he sold the cars, but we found out the garage had already sold the Chevrolet. They gave me back the Audi,” she said.

She wanted him to pay for breaking her heart and stealing from her.

“I would be happy to see him in jail.”

She said the suspect was still on the run.