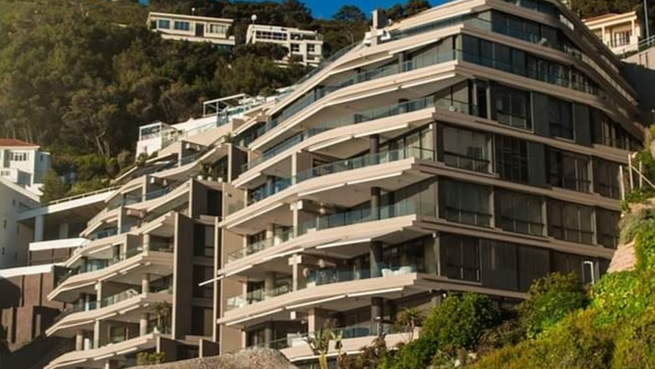 This time he is digging in his heels, refusing to be separated from a R35m Clifton apartment he rented from fellow boardroom heavyweight Lloyd Pengilly.

But South African-born Myerson faces an uphill battle: the company that owns the apartment is in liquidation, and liquidators say Myerson no longer has a valid lease. They want access to the 338m² apartment in order to sell it.

The property is a penthouse apartment with a 250m² outside deck and a swimming pool in one of the country’s most soughtafter apartment blocks, Eventide.

Property sources said Myerson was also digging in his heels regarding money he spent on upgrades, and Marcus confirmed this was one of several issues Myerson was trying to resolve with Pengilly.

“Our client has been in touch with Mr Pengilly on numerous occasions to attempt to resolve a number of issues, not least of which is a substantial amount of money spent by our client to upgrade the apartment, which was in defective condition when he moved in,” he said.

Myerson had offered to buy the apartment after obtaining an independent valuation. “Our client remains interested in purchasing the property and has made a number of attempts to achieve this. A cash proposal has been made to both the liquidators and Rand Merchant Bank as bondholder over the property.”

But Pengilly, who used the apartment as a holiday home up until 2015, said Myerson had ignored a demand to vacate.

“I understand the lease was cancelled earlier in the year due to breach of the agreement.

Notwithstanding a demand to vacate, Myerson is still occupying the property,” he said. “I believe that the property will be marketed for sale as soon as Myerson has vacated the premises.”

Pengilly said he was no longer a shareholder or director of the investment company that bought the property.

Earlier this year the Sunday Times reported that a R100m house in nearby Nettleton Road, owned by Pengilly’s Great Force Investments 205, was placed in the hands of the master of the Cape Town high court after legal action from Nedbank.

Myerson had his own share of court visits related to his divorce after it was revealed he had led a double life with a mistress down the road from his London home. His wife, Ingrid, was unaware that Myerson had fathered another child, but his secrets emerged in a London legal battle that spilt over into the Cape Town high court when Myerson pleaded poverty over the final settlement. He lost that case.

This week, Elaine Appollis, speaking on behalf of liquidators Planet Administrators, said: “We are currently corresponding with Mr Marcus to arrange access to the immovable property.”

Deeds office records show that Pengillylinked company Sandobel 160 bought the apartment in 2007 for R34m. Its latest municipal valuation is R46m but Marcus said his client’s valuation was R23m.

Property sources said the value was more likely R30m-R35m, notwithstanding the downturn in the top-end residential property market. Another Eventide apartment is on the market at R55m.

One source suggested Myerson might be trying to land a bargain by chasing away other potential offers. “You’ll have to get a crowbar and a front-end loader to get him out of there,” said this person, who has had dealings with Myerson.

Marcus did not respond to queries about the status of the lease.

Myerson made headlines a year ago with plans to partner with one of SA’s richest men, Christo Wiese, in a debt-restructuring deal for Brait investment group. Wiese and his family are also Clifton property owners.

In a statement, the Eventide body corporate confirmed a major renovation had taken place during Myerson’s occupation but declined to comment on the access issue.