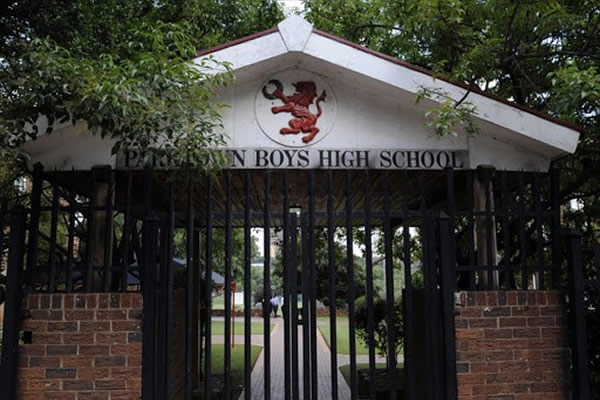 Thirteen Parktown Boys High School teachers continue to teach despite facing serious allegations of racism, assault, partaking in sexual acts and the use of drugs at the school.

The allegations against the teachers were reported to the school and the Gauteng department of education. Other charges form part of police criminal cases. One teacher was reported for allegedly inviting strippers to the school premises to entertain him and his colleagues at a reunion event.

Another teacher was accused of calling black pupils “stupid idiots’’ and saying “Indians only eat curry”. Two teachers were also allegedly caught by pupils performing sexual acts on each other. These are some of the many cases reported, including assaults and abuse of pupils.

The latest allegations come after a number of scandals have rocked the school. A trial against a former assistant water polo coach accused of sexually preying on pupils resumes in court next month.

Now, 31 parents have come together in an effort to force the department to act against the teachers, some of whom are accused of hitting pupils with rackets and brooms, and being racially abusive.

Some parents allege their children were physically and sexually abused during school tours. They blamed this on the school ritual where Grade 8s were abused by matriculants.

Gauteng education MEC Panyaza Lesufi said the matter was “difficult and delicate” because parents were not giving consent to their children to partake in the disciplinary action against the teachers fingered.

A parent told Sowetan: “It was unfair for the department to expect a child to give evidence against a teacher and sit in the class the next day.”

Lesufi said six teachers, with four still at the school, were initially implicated in serious misconduct. However, two resigned before the department took action.

“The allegation that we don’t want to act is baseless,” he said yesterday.

Power FM reported yesterday that some of the parents were now going the legal route to force the department to act.

Three of the 31 parents yesterday said the cases were swept under the carpet by the school, school governing body (SGB) and the department.

Lesufi said some of his interventions included the cancellation of the annual Grade 8 camp, the changing of the school’s oath of silence and meeting with the parents to address their concerns.

He said he will visit the school today after he was alerted of another assault case laid against one of the teachers last week. Two cases of assault were laid with the Hillbrow and Parkview police stations in March. Hillbrow police confirmed investigating an assault case and were awaiting a decision from the National Prosecuting Authority.

One teacher is accused of slapping a Grade 10 pupil across the face after the entire class laughed at his mispronunciation. In a statement made to the police, which Sowetan has seen, the teacher admitted to “losing his cool”.

“In the heat of the moment and another disrespectful gesture by the complainant, I lost my cool and slapped him on the side of the head once.”

Parents are demanding that affected teachers be suspended. “My child was abused during the Grade 8 camp, he’s never been the same ever since and nothing has been done,” a parent said.

Another parent said: “My son was strangled during the camp and nothing was done about that. We’ve now laid charges of attempted murder.”

The SGB last night confirmed that an investigation was conducted at the school following complaints from some parents that learners were being victimised by some educators.

The investigation found that four educators are being implicated in allegations of racism, with two employed by the Gauteng department of education and two by the SGB.

These educators, the SGB said, will be put on precautionary suspension from the school immediately.

A disciplinary hearing will be held at a later stage.

“The SGB has not been formally informed of who has been implicated. As soon as we are informed by the GDE [Gauteng department of education] we will take appropriate action and investigate the implicated educators,” the governing body said.

It said the culture of silence at the school was not encouraged and that every effort was being made to encourage pupils to feel comfortable in coming forward to report incidents.

The SGB also said the investigation could not found evidence that strippers were brought to the school hostel for night parties.

“We do not condone behaviour of this nature on school property, whether perpetrated by staff, old boys or learners and will take appropriate action to deal with anyone found to be guilty of this,” the SGB added.