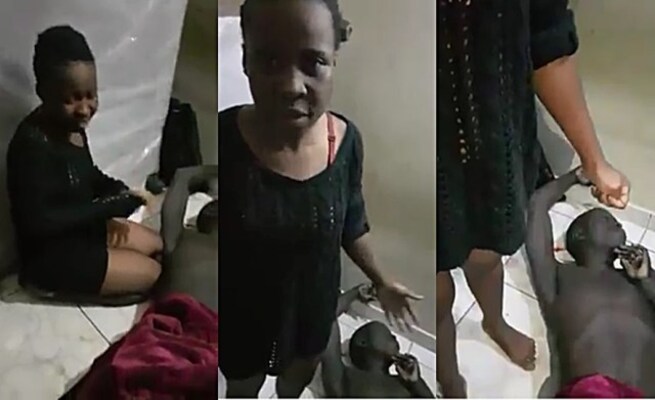 A video making rounds on social media shows a ‘young’ local lady arguing her way out of millions of questions being asked by friends of the man whose body is lying down on the floor next to a standing bed.

It is not clear where this particular incident occurred, but from the clip, it reveals the boyfriend is from Uganda, together with some others amongst those asking the lady questions.

From the beginning of the video, the lady can be seen kneeling down next to the lying body weeping. She stands up as people present in the room start ‘harassing’ her, demanding answers to what actually happened. Remaining quiet, she jumps the lying body reaching out for a purse on the other end to check for something which she says would help her prove what she was saying.

Due to the rising tensions between the angry friends and the lady, the harsh exchange of words continues. The lady just stood firm on her words that she didn’t know what had happened to her man.

According to sources, the woman cheated on her husband with a South African man. She then poisoned him after he found out about the affair, It is also reported that they had previously assaulted the guy after he caught them cheating, after he got back from the police to report them, he asked the lady to pack her bags and leave.
. 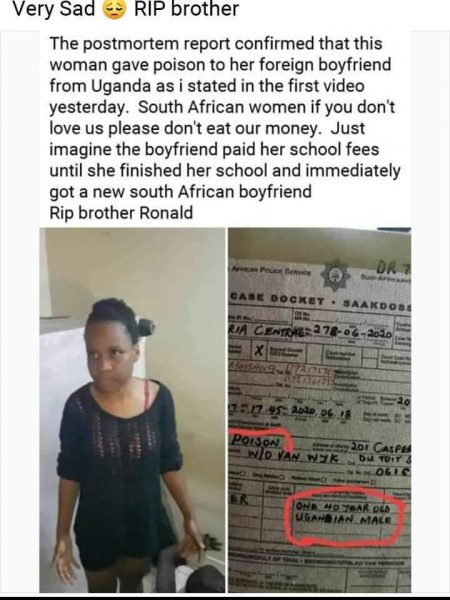