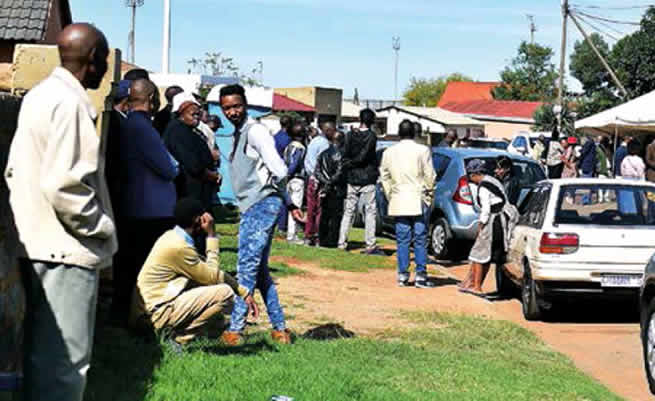 All the former convict wanted was to take care of his family, now he’ll never get the chance 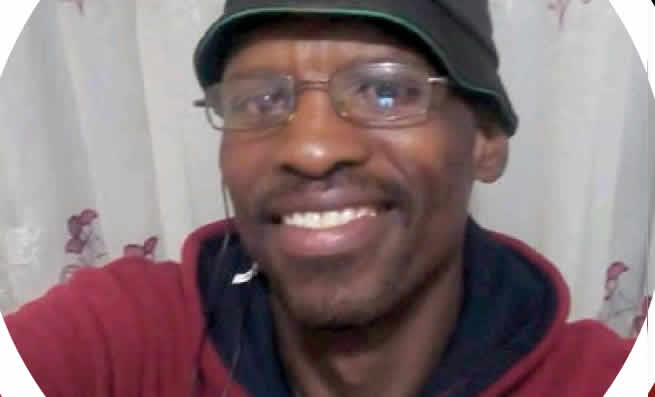 HE HAD just started to enjoy the taste of freedom. Having spent over a decade in prison, Sibusiso Amos was recently released on parole and was enjoying every second of being home.

The 40-year-old had missed out on so much while serving his sentence for illegal possession of a firearm so when he got out of jail two months ago, he was determined to turn his life around.

All he wanted was to make his mother, Mary Amos, proud, and to one day be able to take care of his sister’s twins, who were orphaned when she died a few years ago.

But now he’ll never be the man he wanted to become.

Sibusiso was gunned down – allegedly with a shotgun belonging to the Ekurhuleni metro police department (EMPD) – in the doorway of his Vosloorus home on Sunday 29 March.

Minors were also injured in the shooting, which is being investigated by the Independent Police Investigative Directorate (IPID).

Family spokesperson Ntombikayise Amos tells DRUM they’re still reeling. “We are really just taking it one hour at a time,” she says.

Talking to us on the phone, Ntombikayise, Sibusiso’s cousin, says he was committed to stepping up to take care of his sister’s kids because he felt his 69-year-old mother was too old to shoulder the responsibility alone.

“His sister’s kids are 11. He felt he missed out on their lives, so he wanted to be there for them,” she says.

Ntombikayise can’t believe Sibusiso is gone, even though the events of that tragic day are seared into her memory. “I was inside the house when the kids screamed, ‘Mama, they are shooting outside’. I went outside and at our gate were a lot of police officials, he was inside the gate with our aunt who we stay with,” she recalls.

There was an argument, but she doesn’t know what about, and remembers seeing her aunt, Bongiwe Amos, pushing Sibusiso away from the gate.

WHAT happened next was fleeting, “but it was also in slow motion,” Ntombikayise says. “As she was pushing him further inside the one police officer who was outside the gate came in. When they got to the veranda area, I pulled Sibusiso inside and slammed the veranda gate shut and it locked.

“The officer tried to open the gate and it didn’t open – that’s when he shot at him then he turned around and left.”

Stricken, she saw blood pool from his chest. Sibusiso had been shot four times at close range and Ntombikayise was desperately trying to keep him conscious but left his side when she heard the panicked cries of the children in the house.

Sibusiso wasn’t responding, so she left him with Bongiwe to wait for the police to arrive and attended to the kids.

Sibusiso died from his wounds after he was allegedly shot by private security worker Siphiwe Ndlovu (45).

Ndlovu was at the scene with a friend, an unnamed officer from the EMPD, when he allegedly charged at Sibusiso with the officer’s shotgun.

Ndlovu has been arrested but it’s little comfort. During his recent bail application, the Boksburg regional court heard he’s a former police officer who served four years of an eight-year prison sentence after being convicted of attempted murder in 1999.

According to prosecutor Maria Fyfe, who opposed his bail application, Ndlovu shot Sibusiso in cold blood after he had an altercation with two EPMD officers who were part of a larger group of 10 officers involved in an operation in the area.

According to reports, things got heated when Sibusiso berated the officers for the heavy-handed way they were enforcing lockdown restrictions.

Two officers were trying to calm him down inside his yard when Ndlovu got out of his VW Golf 7, armed with the shotgun, and allegedly shot him.

It’s not known if he was on duty but according to Ntombikayise, Ndlovu was dressed in a uniform.

The EMPD-issued shotgun belonged to Ndlovu’s officer friend and was loaded with bullets banned from crowd control in 2006 after they were found to be stronger than rubber bullets.

ALTHOUGH Ndlovu told the court he had acted in self-defence, Fyfe rejected his claim. “It is clear from the facts that (Ndlovu) wanted to use maximum force when two EMPD officers were dealing with the situation,” she said.

Ndlovu was released on R20 000 bail. IPID spokesperson Sontaga Seisa says they’re still investigating charges against the EMPD officer implicated in the murder. “The Ekurhuleni metro police department officer has been released pending further investigation by us,” he tells DRUM.

The officer can’t be named until he appears in court and Seisa would not say what charges he may face. Asked if the officer had been suspended until the investigation is concluded, he referred DRUM to the EMPD.

Seisa declined to reveal how many cases of police brutality IPID is probing but the use of excessive force by security personnel while enforcing lockdown restrictions has come under the spotlight after social media was flooded with videos of alleged brutality at the hands of soldiers, police officers and law enforcement officials.

“It is shocking yet not unexpected,” says Right2Know spokesperson Thami Nkosi.

“We have a history of police and the security cluster essentially enforcing the law through all kinds of brutality. We can see these with significant occurrences in our history, for instance the Marikana massacre and the well-documented police brutality meted out on protesters on a daily basis.”

The group is advocating for fair treatment by police. “The orientation of the South African Police Service has changed from back in the apartheid era – this is no longer a force but a service that is supposed to foster dialogue and mediation instead of using unnecessary, disproportionate force against the citizens of this country,” Nkosi says.

Michael Clements, the acting national director for Lawyers for Human Rights, says there’s been a spike in reports, particularly in the Western Cape and Limpopo.

Clements says they’re investigating all complaints and urges anyone with claims of police brutality to contact them on 066-076-8845.

*The Ekurhuleni metropolitan police department did not respond to questions by the time we went to print.