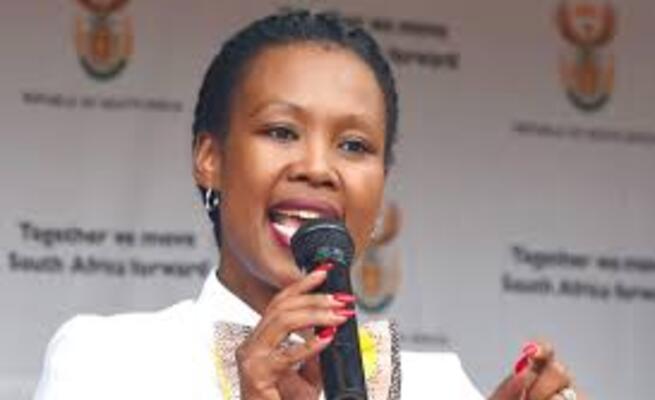 On Wednesday, Ndabeni-Abrahams was put on special leave for two months, one of them without pay, after a picture of her surfaced on social media visiting former deputy higher education minister Mduduzi Manana during the lockdown.

The now-deleted picture showed Ndabeni-Abrahams, who Manana described as a friend, seated at the table having a meal on Sunday.

Soon after the picture went viral, Ndabeni-Abrahams was slammed for her actions and was taken to task by President Cyril Ramaphosa.

Ramaphosa expressed his disapproval of the minister's actions, saying she had undermined the requirement that all citizens stay at home during the lockdown.

“None of us — not least a member of the National Executive — should undermine our national effort to save lives in this very serious situation. I am satisfied that Minister Ndabeni-Abrahams appreciates the seriousness of what she has done and that no-one is above the law.”

In her apology, Ndabeni-Abrahams asked South Africans to find it in their hearts to forgive.

In the video recording, she also admitted that having lunch with a group of people at the invitation of Manana was breaking the lockdown regulations.

“I regret the incident and am deeply sorry for my actions. I hope that the president and you South Africans will find it in your hearts to forgive me.

“The president has put me on special leave. I undertake to abide by the conditions of the leave,” she said.