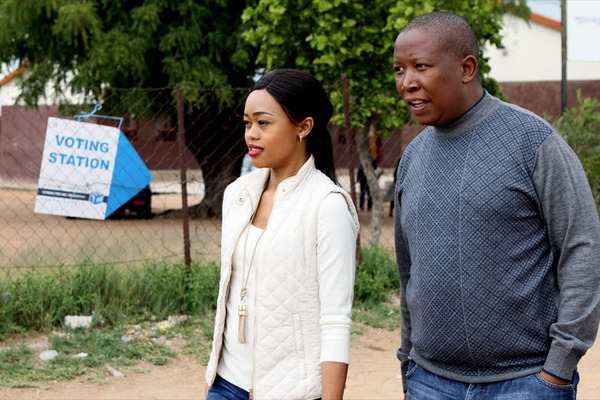 This after ANC MP Boy Mamabolo, who is also Malema’s homeboy from Seshego outside Polokwane Limpopo, stood up in the middle of Malema’s speech and asked him whether it was true he abused his wife.

But Malema ignored the question and continued with his debate, which irritated ANC MPs

They then bombarded chairman Amos Masondo with “point of orders”, asking Malema to respond to Mamabolo’s question.

Malema promised to respond at the end saying, “I am in charge”.

However, ANC MPs didn’t stop asking for point of orders, saying Malema was trivialising the scourge of gender-based violence.

Malema responded after his speech, but promised he will expose four ANC people who allegedly abused their partners.

“I have no such a history. I have never, not once, not my ex, not my wife not anything, I have never laid my hand on my wife. I have got the information that the president used to beat up his late wife Nomazizi,” said Malema.

Malema said he answered this question and was dealing with the broader issue of gender-based violence and the matter should not be about him alone but everyone else. President Cyril Ramaphosa looked unmoved by the allegations and kept listening to Malema’s allegations. Malema said Mamabolo is going to pay for alleging he abused his wife.

He said his lawyers were on the matter and he will pay R1 million.

Masondo asked Malema to withdraw the allegations, but he refused and was ordered out of the chamber, with his MPs following him out.