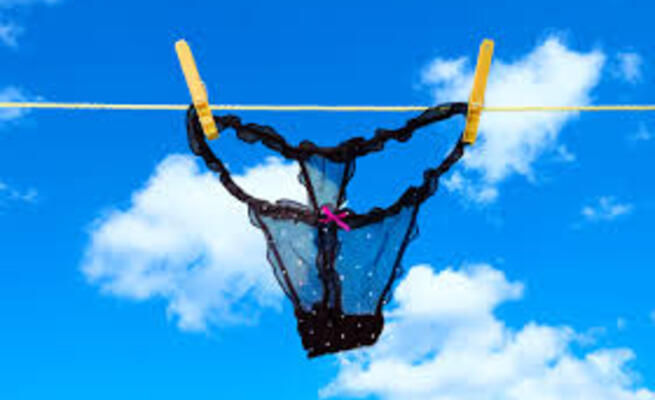 FOR DAYS before her death, the young woman lived in fear of being murdered.

She was threatened with a picture of her own G-string and the promise of death. 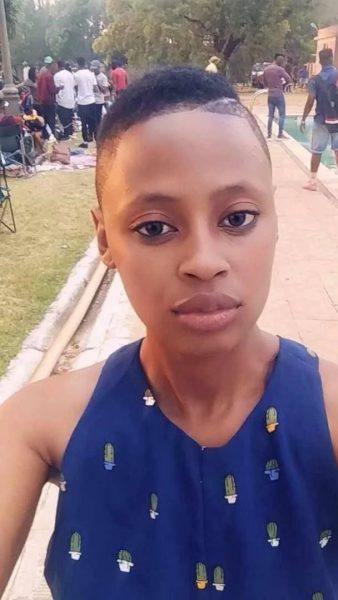 ON MONDAY, THE THREAT WAS CARRIED OUT IN THE MOST BRUTAL WAY IMAGINABLE! 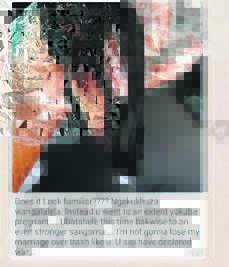 Paballo Potloane (25), a mum of two, was allegedly threatened with images of her G-string covered in muthi and a knife.

She was threatened that she would see the effects of the muthi.

One WhatsApp message, supposedly from the wife, reads: “I’m not going to lose my marriage over trash like you.”

The source said Paballo made screen shots of the messages and sent them to her friends.

Speaking on behalf of the family, Paballo’s cousin, Tshidi Tshabalala (40), said they only learnt of the alleged affair after she was murdered.

She said Paballo never told them she was pregnant.

Tshidi said the two men broke into the house where Paballo and her sister were living in Braamfischerville, Soweto.

Tshidi said Makgotso told her that Paballo heard movements in the house.

“She screamed and they were tied up on the couch,” said Tshidi.

“The sisters pleaded with the men to take anything they wanted but not to harm them. The men demanded money and they said they didn’t have any. One man asked for their names. Paballo said her name and the man shone a torch in her face.”

Tshidi said the man then dragged Paballo to the bedroom and threw her on the floor before taking their cellphones and R100 from her handbag.

Daily Sun understands the killer took the phones because of the threatening messages.

Tshidi said Paballo’s sister saw Paballo’s legs as she kicked and heard her struggling to breathe.

She said she thought Paballo was being strangled.

“When the man got up, he made a call to someone and said the job was done.

“Then he threw a steel rod like a crowbar at Makgotso. She pretended to be unconscious and the men left,” said Tshidi.

“Makgotso rushed to the neighbours for help and they discovered that Paballo’s throat had been slit.”

She said if only they knew she was being threatened they could have helped.

“She never spoke to us. She only spoke to her friends. We want justice,” said Tshidi.

Cops opened a murder case at the Dobsonville Police Station.