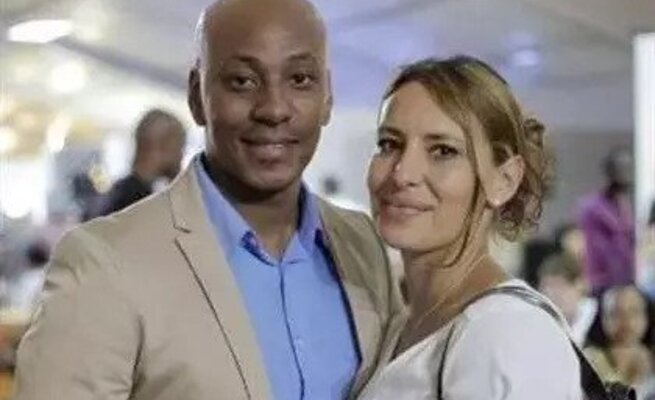 Kaizer Motaung Jnr and his former German wife, Janine Catherine Motaung, are embroiled in a division of a joint estate war involving a house in Germany and expensive horses.

The startling tidbits are contained in court papers filed in the Joburg High Court on Thursday by a Joburg-based accountant, Vince Bhengu, in which he has applied for an order to force Janine, her father Georg Heider, and her lawyer Furman Rowan to recognise him as the liquidator of the joint estate and to also disclose information about the house and the horses. Janine’s and Motaung’s divorce was finalised earlier this year.

He said despite his appointment, Janine had failed to sign his engagement letter after she, her father and her lawyer accused him and his attorney of being biased towards Motaung. He said the accusation came after Motaung asked him to enquire about the whereabouts of the house and horses in Germany so he could include them in the joint estate.

Bhengu said the trio also questioned his objectivity after he hired an attorney to act against them for not co-operating with him, for joining forces with Motaung in applying for this order, and for allowing Motaung

to give him funds to assist him to wind up the estate.

“The fact that I joined forces with the second applicant in this matter where I am of the opinion that I am objectively seeking to resolve the obstacles that the first and second respondents place in my way and the second applicant making out a proper case that the German house and horses, for instance, needs [sic] to be accounted for, [without yet finally accepting second applicants’s version and whilst awaiting first second respondents’s versions] does not make me or my attorney subjective. “The joint estate will be obliged to pay such fees anyway,” read the papers.

Bhengu said he believed the house in Germany belonged to the joint estate unless Janine and Rowan could provide evidence to the contrary.

He also said Janine admitted under oath during the divorce trial that she had sold the house to her father and therefore he wanted to know what happened to the proceed of sales.

Bhengu further said if indeed the house was sold, then the sale of the house should be declared null and void as it was sold without Motaung’s written spousal consent as the two were married in community of property.

He also said had Motaung claimed Janine sold the house to her father below the market value, he [Bhengu] should take this into consideration when winding up the estate. He said Heider claimed he had used the proceeds of the sale to pay Janine’s legal fees during the divorce proceedings.

But Bhengu disputed his version of events and said the legal costs were paid for by an NGO. He further said Janine claimed that the house was bonded to hilt when it was sold but Motaung disputed this and said it was unencumbered.

He explained that Janine admitted to have sold one or two expensive horses of the joint estate and received money from their sale but she and her father refused to tell him what they did with the money.

Bhengu also said Motaung promised to hand over the Jeep and disclose where their horses in South Africa were held if the trio co-operated with him. Bhengu’s application will be heard on January 28 next year.

Furman said although he did not get instructions from his client, he will defend the matter.