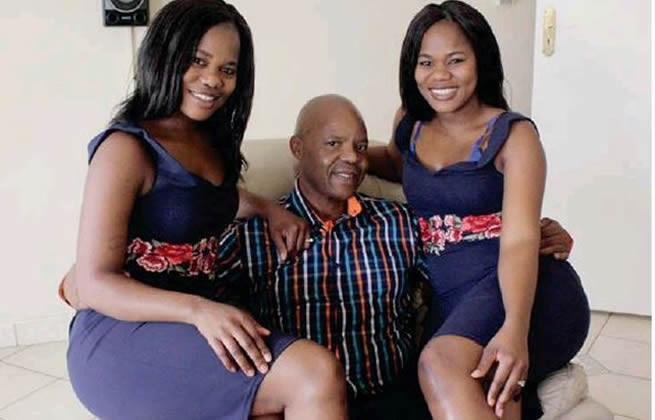 IDENTICAL TWINS Owami and Olwethu who were married to the same man Mzukiseni have decided to call it quits after 8 years. The 29-year-old twins from Roodepoort made headlines a few years ago when they married TV director Mzukiseni Mzazi (54).

According to the twins the marriage was terrible, secondly, Mzukiseni lied about his previous marriage and he was a serial abuser.

“He used to beat us. He poured diesel over the house but couldn’t find matches. If he had we’d be dead today. We fear he might end up doing something bad to us.”

Efforts to mend the marriage also failed with family members calling interventions to address the abuse claims. Speaking to publication Daily Sun, The Twins mother Buyiswa Mvangeni (45) said had at first believed a mature man would take care of her two babies. “Mzazi called a meeting with both our families,” she said.

“But even then nothing changed.

“The abuse got out of hand and nothing could be done to save the marriage.”

She couldn’t go to the police because the twins wouldn’t have liked that. At the time of publication, lawyers are currently finalizing divorce proceedings with the resolutions to be released at a later date.