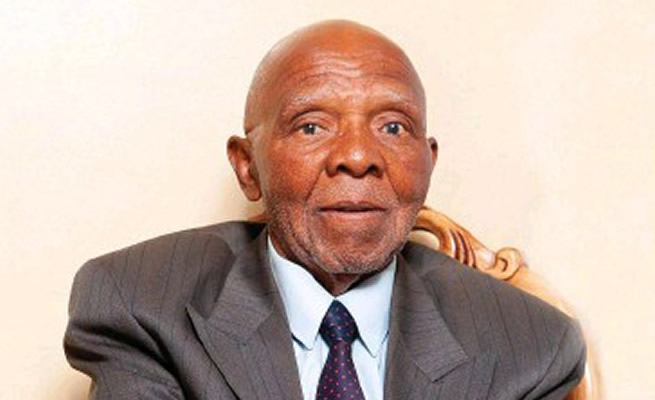 He has been confirmed, an attorney at the age of 74, Emmanuel Gasa while many would think he has just prolonged his old profession, no, it is just a new territory for him altogether.

He is just about 50 years older than most newly admitted legal minds. At an age when most would be thinking to leave their working days behind them and spend their time roaming about in the garden, or taking grandchildren around, Emmanuel has embarked on a brand-new career, proving you’re never too old to learn

“I was determined to complete this degree. I wasn’t going to let things like my age get in the
way of my doing that,” he said.

The father of six – and grandfather of 15 – has held many jobs over the years, from being a hospital clerk, to being an attendant on the production line for a car manufacturer, but he’s never abandoned his education.

The law degree he completed in 2015 was his third degree – he’d already completed a BA in 1982, a BCom in 1991 and earned his higher certificate in education in 1998. Once a senior administrator for the Health Professions Council of South Africa, Emmanuel in 2002 launched an adult basic education class at Holy Trinity School in AtterIdgeville.

He had thought he was going to be given a commerce class, but was instead asked to teach legal subjects, including criminal law, criminal procedure, statute law and criminology. Until that time, he’d never imagined studying law himself, let alone becoming an attorney, he fell in love with the subjects and remained a teacher until he retired in 2011. Today, standing
tall, he feels at home in the courtroom.

While still working at the school, he was seduced by the law and decided to retrace his footsteps back to varsity. “I realised I could understand the work. I hadn’t wanted to be a lawyer but suddenly it seemed like an option for me, even though I
initially thought it was a far-fetched idea because of my age,” he said.

Age being just a number to him, he enrolled at Unisa in 2004, and was the oldest kid in class. At
times felt being the odd one out to the extent of wondering if he was doing the right thing, but
he resolved not to quit.

“When I was in law school I was in classes with people as young as my grandchildren, which was something that bothered me, but I decided to keep going,” he said. It took him 11 years to complete his studies he eventually finished in 2015. “Studying while you are working is hard. I didn’t always have time for my books. So I had to work extra hard to grasp everything,” he said, and had to learn Latin, as there was a lot of it in his textbooks. In his final year, he was invited to speak at a law indaba where he told the assembled students not to wait until old age before finishing their qualifications.

“I realise that people are inspired by my story of studying at such an old age and they think it is a story of perseverance, but it is not something I would recommend. No one should be studying at this age,” he chuckled.

His late wife, Gloria, and their children attended his graduation, and it was such a joyous moment for him. “It was a wonderful day. Our relatives even arranged a party at home after the ceremony,” he said.

It was a joyful year for the family as his youngest child, Nomasomi, who was 26 at the time, also
graduated with her master’s degree in science. “It was an exciting year for our family,” said Emmanuel whose wife for 41 years Gloria, was still alive and present at the his graduation. She passed away in 2017.
“We sacrificed a lot for our children, so my graduating at that age was a blessing we were both very happy about,” he said.

“I know she would have been proud of me if she was here today,” he added. Upon completing his degree, he proceeded to do his articles at a law firm as a candidate attorney, which presented fresh challenges also. “Because of my age, I was getting too much respect, which was getting in the way of my learning,” he said.

At the time other candidate attorneys were assigned menial tasks, running around town taking
documents to courts and picking up papers from other law firms; “out of respect for my age
they weren’t letting me do things like that.

“The younger candidate attorneys got to do that which meant they were learning about the actual workings of the courts and other firms, and I wasn’t,” he said. But as time progressed he was then let drive around with his peers.

One of his sons, Khulani, a mechanical engineer, told DRUM he’s very proud of his father.
“What Baba has achieved is an inspiration. He has shown us anything is possible if you put your mind to it,” he said.

Their elderly dad’s feat will be an inspiration to the Gasa family that they achieve anything they would set eyes on, said his other son, Thubalethu. “Our kids will know that his gifts run in their blood, and if they put in the effort they can achieve anything,” he said.

Professor Mandla Makhanya, the principal and vice-chancellor of Unisa, also commended Emmanuel's perseverance. “At Unisa we take immense pride in the achievements and successes of graduates of our institution, particularly the likes of Emmanuel Gasa,” he said. With his age having had gone past the retirement clock, Gasa is also contemplating opening his own law firm