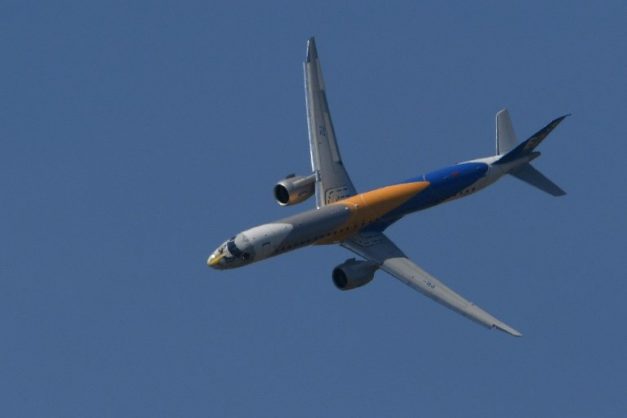 A Nigerian man boarding the flight, who has lost belongings amid protests, say he values his life more than anything.

About 320 Nigerian nationals are expected to be on the first flight out of the country to Nigeria on Wednesday morning.

It is expected that around 600 Nigerian nationals have indicated their will to leave the country due to the ongoing attacks against foreign-owned shops.

The owner of Nigeria airline Air Peace Airlines, Allen Onyema, has volunteered an aircraft to evacuate those with hopes of returning to Nigeria due to the ongoing xenophobic attacks.

Johannesburg and surrounding areas were rocked by a surge of deadly attacks against foreigners in recent weeks, many directed against Nigerian-owned businesses and properties.

Several flights are expected to take off after today’s flight.

The airline was previously expected to take its first flight on Saturday, September 7, with interested parties urged to provide their full names, villages of origin, next of kin, contact number, and copies of their passport or identity documents as well as two passport photographs.

It appears Nigerian nationals have grabbed the opportunity as many arrived in buses at the OR Tambo airport.

A Nigerian man in a video on social media said: “I’ve lost a lot of things but I value my life. I don’t even think I want to come back to South Africa.”

A Nigerian who says he is going back home. He says SA is so hostile at the moment and even if it settles down he doesn’t think he will come back. His family is waiting for him back home. #XenophobicAttacks #Nigerians #eNCA pic.twitter.com/qro0mzmYoG

Air Peace’s take off for Lagos has been delayed as issues have resulted in some Nigerian nationals battling to board the flight because children need adequate documentation.