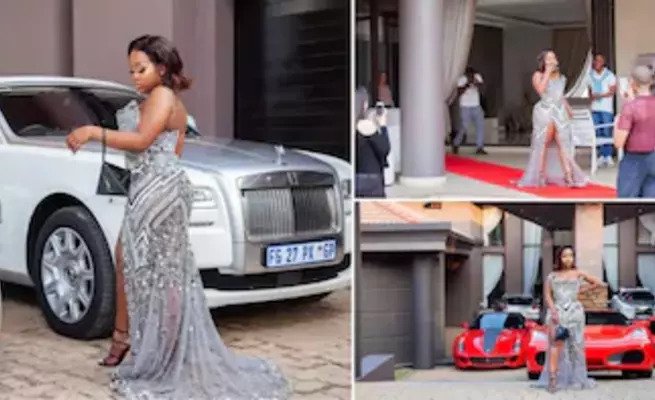 A young woman has gone viral on Mzansi social media after she posted photos of her matric farewell online.

The Grade 12 pupil, Katlego Mogaladi, showed off her lavish matric farewell images on Twitter on Saturday. According to one of her posts, the matric farewell took place on 8 August.

The images showed Mogaladi rocking a stunning silver gown as she poses in front of a lavish home and expensive cars.

South Africans were wowed by the photos and some even said their matric farewells were nothing compared to Mogaladi's.

Went to my Matric dance with a Nkomo Nkomo i “hired” my friend to drive it since I wanted to sip JC le roux with my date😅 I was a show stopper because it had massive sound and of course my date sitting at the back with me was hot af🥵 my date was my cousin😌 pic.twitter.com/5L18ujmGxH

I walked from my home to my matric dance coz my mom was very poor 😪💔😭😩 pic.twitter.com/w6Cqx6wDa7