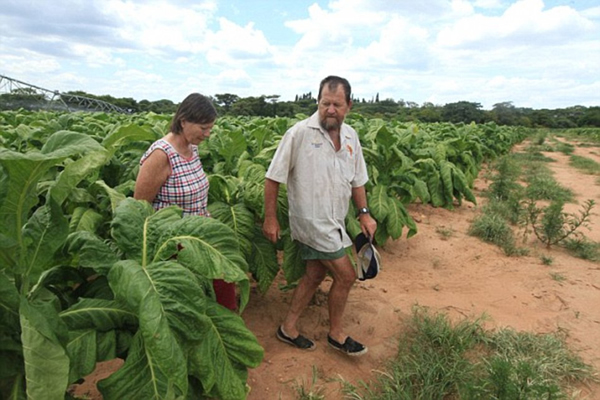 Solutions to land redistribution and agrarian reform must be shaped by their impact on SA’s food security.

Now that we have voted, we can think better about the land question.

Sober thoughts are critical in resolving the land and agrarian questions for South Africa.


It is clear from the election results that the issue of land played an important role in voting – the EFF got substantial votes, the DA lost votes and the Freedom Front Plus gained traction.

There are critical questions that should be addressed for South Africa to arrive at a well-considered solution to the land question.

Among the most important questions are: What kind of land and agrarian reform approach may be deployed to attain an egalitarian land distribution that will address the country’s basic socioeconomic goals?

What approach can be adopted to deal with opposition politics around land and agrarian change?

What kind of land reform and land tenure is ideal? What kind of farming is appropriate for South Africa?

Most importantly, how will the resolution of these questions impact on the nation’s food status?

It’s important that these questions are debated widely across society so that there can be some form of national consensus.

To start with, the country needs to consider following both state-led and market-driven approaches in resolving the land question.

In other words, the government is justified to acquire land from “other owners” for redistributive purposes.

The state-led approach is essentially a compulsory land reform approach – government uses its power to acquire land without consent to benefit the broader society, as explained in literature.

This is different from a market-based approach, which is largely based on a willing buyer/willing seller principle.

By implication, we can use both approaches. There is no reason government cannot expropriate land with compensation, taking into account the ugly history of land dispossession in Africa.

Even in Zimbabwe, the government has decided to pay farmers whose land was expropriated during the fast-track land reform programme.

The land issue is intertwined with the national question, particularly as the works of the late author and leading academic Sam Moyo demonstrate.

It is in this context that an argument is advanced that all our land reform efforts have to take the rural areas into account.

What is traditionally known as peasantry remains alive and kicking in Africa, including here at home.

The national question involves ensuring that we all co-exist in our diversities and that all population groups have an equal stake in the economy.

It, therefore, remains imperative that smallholder-oriented agrarian reform be implemented as it is economically feasible and can build on the indigenous skills and knowledge that smallholder farmers already have.

The reality that large-scale farmers – mainly white and a few black – own most of the prime land and dominate agricultural and natural resource export markets is untenable.

This was promoted and instituted by colonial and apartheid policies, starting with the infamous 1913 Native Land Act, then the 1936 Native Development and Trust Land Act and many others.

Essentially, the present land and agrarian structure, that is, large-scale corporate producers who are mostly multinational, as well as medium- to large-scale commercial farmers on private land and communal households, is a historical accident that needs to be corrected.

Government had pledged to reallocate 30% of 82 million hectares of prime agricultural land in the hands of whites to Africans.

All estimations indicate that we are still far from target. Part of the problem is weak capacity in government and relevant agencies.

The slow pace in redistribution and tenure security, as well as restitution, has to do with the inability by government to live up to its commitment of reallocating land.

It is important that government be able to plan properly, have requisite capacities and be appropriately organised.

Long-term planning is critical also to avoid disorganised and chaotic settlement, which threatens the existence of natural and environmental resources, particularly wildlife.

All in all, there is need for an agrarian model of development that is shaped by the renewal of non-capitalist forms of peasant production and which does not surrender to the requirements of globalised capitalism.

The late Egyptian economist Samir Amin saw “building a sovereign project, diversifying the economy, moving along towards its modern industrialisation, completed by growing food sovereignty” as “delinking, in the sense of compelling the global system to adjust to it”.

This should be a long-term objective for Africa.

For now, for South Africa in particular, a better agrarian model should inform the land reform agenda.

I am proposing that we explore the tri-model structure that was proposed by Moyo – large-scale farming, small- and medium-scale private farming, and smallholder farming.

It is a travesty to the democratic dispensation that South Africa experiences hunger.

It is an indictment on the democratic order that one in four people experience hunger and more than half of the country’s population, particularly those located in rural areas, are at risk of severe hunger, as reported by Oxfam, a confederation of 20 independent charitable organisations focusing on the alleviation of global poverty.

Indeed, a reconfiguration of the current agrarian structure is overdue and it should be implemented in a manner that can enhance emancipation from oppression and poverty for rural folk.

Whatever we do, historical injustices should shape land reform efforts.

Without a doubt, the justifiably emotive issue of land will make or break South Africa.