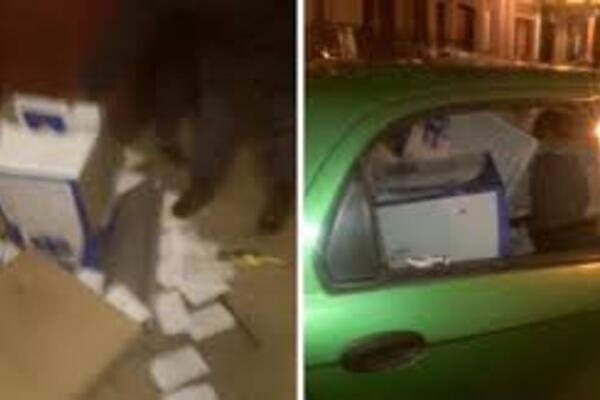 Photos have been shared on social media showing ballot boxes filled with spilling ballot papers stacked in the back of an unidentified car.

These images have raised suspicion about the transparency of the national and provincial elections. Social media users had mixed reactions about the photos. While some did not seem too bothered, many others were outraged by the suspicious photos.

Twitter user kumkaniWeAfrika said: "ANC would do anything to remain on the gravy train." Others have even scrutized the voting system, saying it is open to corruption and sabotage.

Twitter user Lethabo said: "This system is failing us, even the police should be out of this, its not an ANC thing. We should have our fingers and ballot papers scanned right after we vote they are counted, or else we will never taste democracy but will always be dictated into who leads us as a country."

Other Twitter users like BZ Dlamini believed it was the opposition being sore losers over their impending defeat to the ANC: "EFF are talking too much on social media thinking that people will like their strategy and vote for them…"