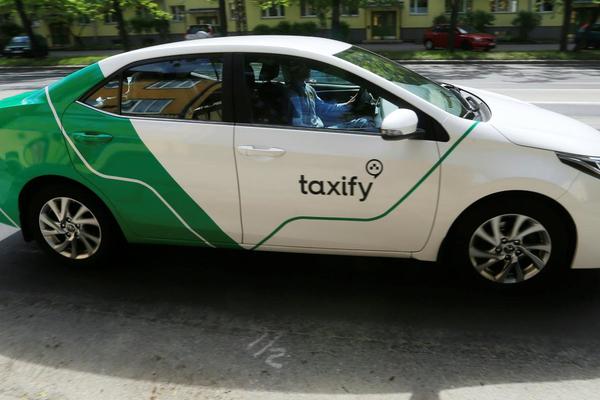 Durban – COUNTLESS people use e-hailing apps like Taxify every day to go to places in urban areas. But just over a week ago things went horribly wrong on one trip.

A passenger was shot dead on his birthday, another was wounded and a third was arrested for hijacking.

Meanwhile, the alleged shooter, a Taxify driver, has since been suspended.

The drama unfolded just before 11pm when Sanele Mthethwa wanted a ride from his flat in New Germany, near Pinetown.

He had been drinking with friends to celebrate his 38th birthday.

When the ride arrived at his Regal Crescent home, Mthethwa got into the front passenger seat. His friend Sakhile Mafumo, 32, got into the seat behind him and Mthethwa’s brother, Saneliso Mbuyazi, 23, sat behind the driver.

Mthethwa told the driver he would rob him. According to his loved ones, it was meant as a joke and none of the men were armed.

However, the Taxify (Bolt) driver took the threat seriously and opened fire. Mthethwa was hit by a few bullets, including to the head, and died in the car. Mafumo was shot twice but survived. He escaped the car and was later taken to hospital.

The taxi driver drove to the KwaDabeka police station, where police found Mbuyazi hiding on the back seat. They arrested him.

She said police were investigating a case of attempted hijacking and had opened an inquest docket in relation to Mthethwa’s death.

“The ever-alert driver took his firearm and shot one suspect in the head. He died at the scene. He fired two more shots, which hit the second suspect. The third suspect hid on the back seat,” she said.

Mthethwa was buried yesterday at his KwaMbonambi hometown, near Richards Bay. He had studied mechanical engineering and was running his own occupational safety company at the time of his death.

His sister, Noddy Sibiya, said that the family wanted justice for Mthethwa.

She was adamant that Mthethwa’s joke was not reason enough for him to be killed. She is angry that police refused to open a murder docket and that they had arrested her younger brother.

The driver needs to have his day in court. He knows very well that nobody tried to attack him. My brother was begging for his life and asked him to stop shooting but he did not stop,” said Sibiya.

Sibiya conceded that her brother should not have joked about robbing the driver.

“We understand it was a bad joke,” she said. “When they got to the Taxify, Sanele said to the driver ‘we have been looking for you and laughed’, because he was joking. The driver took out a gun and shot at Sanele. He was pleading, telling him ‘you don’t have to kill me, I was joking’,” said Sibiya.

“When they arrested my younger brother at the police station one of the female officers said to the driver ‘why didn’t you shoot this dog as well’ when they realised he was in the car,” said Sibiya.

She said the family intended reporting the way police handled the matter to the Independent Police Investigative Directorate (IPID).

“We came from Richards Bay to open a murder case at the Pinetown police station. However, they said we couldn’t do so because the case was reported as a hijacking.

“We even spoke to a high-ranking officer. And when we got to him, we told him the whole story. It turned out he did not know that my brother told the driver he was playing and that he was begging for his life,” she said.

“That driver took my happiness, I feel so empty,” said Sibiya.

Meanwhile the company the driver worked for has suspended him. Taxify, the e-hailing app-based company, that is now called Bolt, said they did not encourage drivers to carry firearms.

“Bolt is actively engaging with the SAPS to share all information it possibly can with them to aid in an arrest and successful prosecution,” he said.

“The profile of the driver implicated in the investigation has been suspended while Bolt’s High-Profile Team supports the SAPS in its investigation into the incident. The driver may or may not be reinstated, depending on the outcome of the SAPS investigation.

“Bolt does not encourage its drivers to carry weapons while they are using the platform.

“Bolt is constantly looking for ways to improve driver and rider safety and currently includes an in-app integrated SOS emergency button that shares the driver’s details and location with Namola’s 24/7 call centre, when activated,” he said.

Mbuyazi’s fate is uncertain. His family said he was released from police custody and claimed charges had been withdrawn by the National Prosecuting Authority.

However, this could not be verified as NPA spokesperson Natasha Kara failed to respond to questions sent to her on Tuesday.

Police also did not respond to questions about the court proceedings.

When asked if the men were armed or had been carrying weapons, they said they would not comment further as it would jeopardise their investigation.
IOL