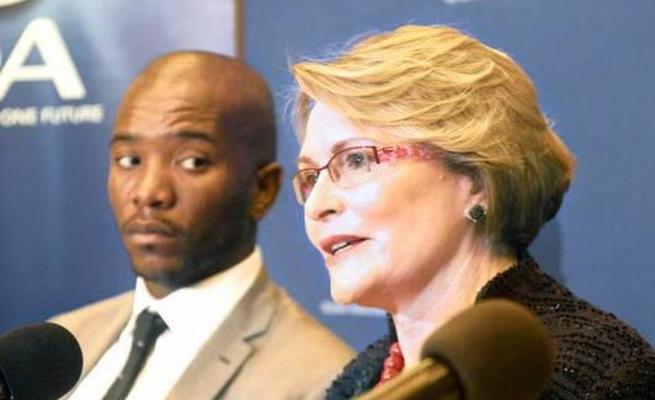 Mmusi Maimane may be the leader of the DA but his party's supporters seemingly prefer his predecessor, Western Cape Premier Helen Zille, to lead the campaign to the May 8 elections, according to a South African Citizens Survey (SACS).

With just six weeks left until South Africans take to the polls, the SACS compared the two leaders' support in February and observed that 52% of the respondents (3.4 million) preferred Zille, while 30% (2 million) preferred Maimane.

In the Western Cape, Zille's popularity is even higher – 62% of those polled choose her over Maimane – and in Gauteng, both of them scored 39% in the "preferred equally" category.

The survey also asked DA supporters about the effect that Zille would have on their voting behaviour should she be deployed to the DA's campaign trail.

DA spokesperson Solly Malatsi refused to be drawn into what the poll meant for Maimane.

"Mmusi [Maimane] has built on the foundation of Zille to strengthen the party – transforming the DA into a truly diverse organisation capable of contesting the ANC for national power," he said.

"This progress is further emphasised by the fact that Maimane was returned to the national leadership uncontested last year at the party's federal congress," Malatsi added.

Reza Omar, strategic research director at Citizen Surveys, who is responsible for the SACS poll, said that "Zille is clearly preferred among DA supporters in the Western Cape, leading Maimane by a significant margin", adding that she also "enjoys significant support in Gauteng".

"What is most significant however, is that 58% of DA supporters would be more likely to vote for the DA if Zille were to actively support the DA election campaign," said Omar.

Omar said that Zille's strong association with the party was at the point where she was synonymous with it.