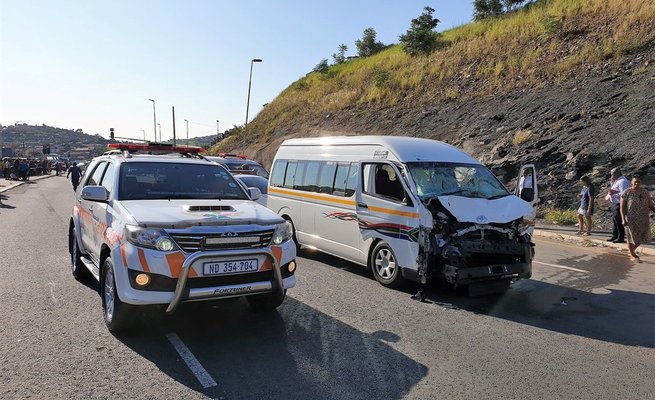 The 33-year-old taxi driver that was driving the taxi that knock down and killed 3 learners handed himself over to KwaMashu cops.

One of the learners was critically injured and the other three were killed.

Cops say the taxi driver is facing three counts of culpable homicide, one count of reckless and negligent driving.

According to Garrith Jamieson, Rescue Care spokesperson when they responded to the serious crash four teenagers that were on their way to school had been hit by a taxi whilst crossing the road.

"Three of the four had sustained major injuries and unfortunately there was nothing more paramedics could do for them and they were declared deceased on the scene,” Jamieson said.

Jamieson said one female had sustained critical injuries and was stabilised on the scene.

She was then rushed to the nearby hospital for further care that she required.