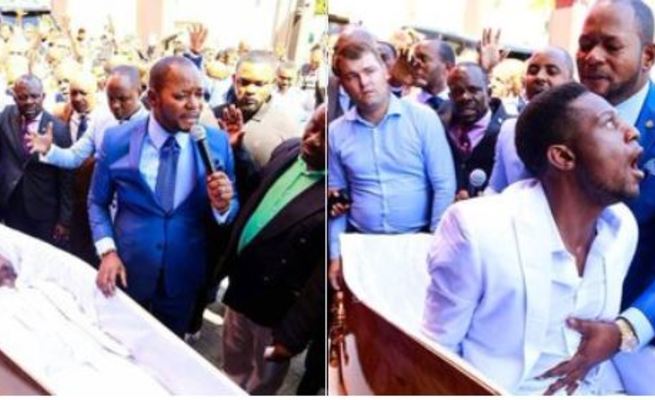 A video of a pastor waking up a man from the dead has surfaced on social media.

The video of Pastor Alph Lukau, who heads the Alleluia Ministries International in Johannesburg, has set social media abuzz.

In the video, the pastor can be seen touching the body of the dead man who is in the coffin wearing a white suit.

The pastor continues to touch the man, and when he touches him on the stomach the man gasps for air and wakes up.

People on social media began questioning the act, saying if the man was really dead his skin wouldn’t be that fresh.

While others said if the man was dead his mouth and eyes would have been closed.

He is a Bible Scholar and a renowned International Speaker who ministers in different platforms around the world.Through his ministry, people are saved, healed, delivered, we have seen families restored and many miracles have taken place.