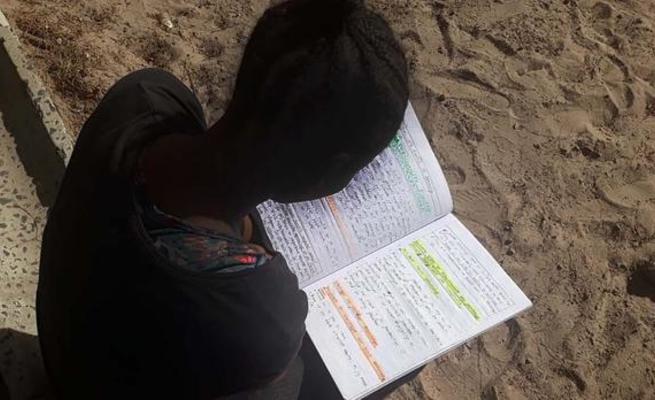 These are the words of a Manenberg teen who, after 18 years of alleged abuse at the hands of her uncle, stabbed him to death.

The brave schoolgirl says, despite facing a murder trial, she is determined to finish matric this year and hopes to become a pilot.

The 18-year-old, who grew up in Rio Grande Street in Manenberg, handed herself over to police on February 10 after stabbing her uncle in the chest after he allegedly hit her across the face with a crutch.

The girl, who has already made her first appearance at Athlone Magistrate's Court and has been released on R500 bail, has since been threatened by angry relatives, and now lives in a shelter.

She says her parents left her to be raised by her 62-year-old grandmother and 29-year-old uncle as a baby and explains that, from as young as 13, she was forced to work as a seamstress on weekends to help the family.

“He abused me for 18 years. He hit me, tore up my clothes and sold my stuff, like toiletries, for drugs. He smoked mandrax and tik,” the teen tells the Daily Voice.

“He used to go on with me every day and the neighbours would come and fetch me and let me sleep by them, but my ouma (grandmother) didn’t like that.”

Despite a protection order and opening FIVE cases against her uncle since 2014, the girl says her grandmother continually lied to police to protect her uncle.

“I got a protection order two years back, but he tore it up. I couldn’t handle it, he was just hitting me. I had two blue eyes, a torn lip and my nose was broken.

“My teachers brought in a social worker, but my ouma (grandmother) fought with them and told them I am lying.

She says on the night of the stabbing, her grandmother had asked her to clean a boil she had under her arm, and she agreed.

“She then asked me to clean a wound on my uncle’s leg that he got when he fell off a truck, and I agreed. But then I saw he had torn up my clothes and tied it around his injured leg.

“An argument started and he hit me with a crutch in the face. I picked up a knife and stabbed him once in the chest and he tried to hit me again, but couldn’t. I got a skrik (fright) when I saw the blood and I ran away. I went to sit on a school veldjie (field) for two hours in the dark and then went back home and the neighbours told me he died.

“My family threatened me and everyone was crying so I told the neighbour to take me to the police station because I did not want to run away. I didn’t mean to kill him,” the teen says. Now I am working to become a pilot; my dream is to fly around the world and meet new people and see new places,” she says.

The girl has received support from police and her classmates who are now trying to help her obtain a bursary to further her studies.

Manenberg Police Station commander, Brigadier Enolium Joseph, has offered to drive the girl to her matric ball in his Mercedes-Benz and has appealed to Capetonians to help support her with her ball and future studies.