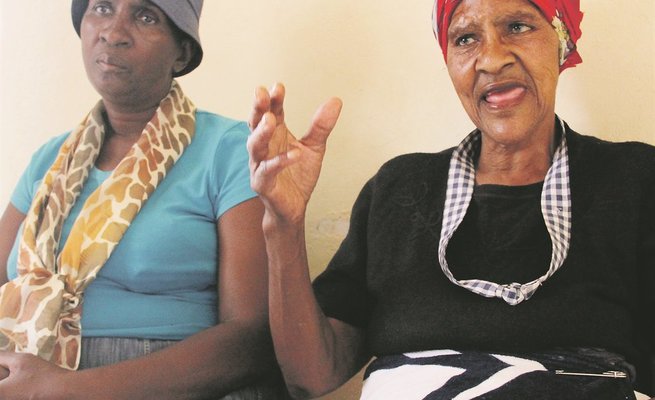 NO ONE took him seriously when he threatened to kill her – over R20!

But on Monday, after her friends had dropped her off in Phiri, Soweto, eight gunshots were heard and Zandile Nhlapho (29) was found in a pool of blood.

She died the next day. A man was detained and released on Tuesday.

Zandile’s friend Sthembile Sibeko told Daily Sun: “A friend who went to hospital with Zandile said the man had sworn he’d kill her.”

Her mum Lucia Ngwenya said: “People told me about what had happened and said I should go to the scene.

“I’m in pain. I can’t believe my last-born is dead. I pains me that the alleged killer was not arrested.”

Captain Mpande Khoza said a murder case was opened but the suspect was still at large.

“We’d like to make it clear the suspect was not officially bust when he was at the police station.

“No one wanted to give a statement implicating him. On Tuesday, we received statements.

“A disciplinary case was opened over the suspect not being held. Police are hunting the suspect in Soweto.”