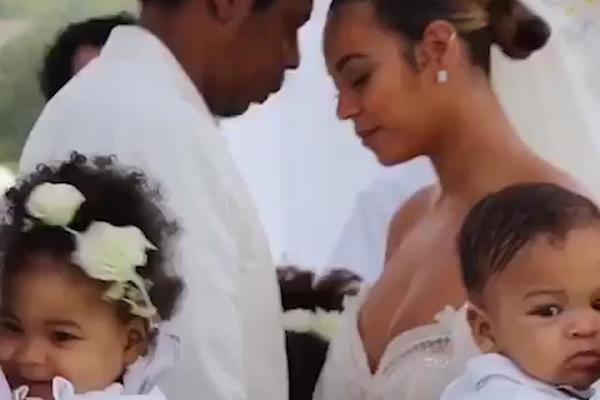 BEYONCE has shared the first glimpse of the stunning wedding gown that she wore for her vow renewal with husband Jay Z in honour of their 10-year wedding anniversary.

The 37-year-old icon posted a video montage of her 2018 to her Instagram page yesterday, with the clip featuring a blink-and-you'll-miss-it look at the wedding dress.

Bey simply captioned the post: "Wishing you a beautiful 2019."

Eagle-eyed fans soon spotted the photo of Beyonce and Jay posing together outside, with Jay in a white tuxedo and a pair of sunglasses as he embraced his wife, who is wearing a wedding dress.

The singer is also wearing a small pair of retro sunnies, with her hair slicked back to complete the chic look.

The dress itself is a classy off-the-shoulder number, with sheer sleeves and an incredibly long veil. 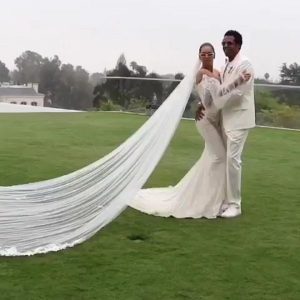 A source told the publication at the time: "[Beyonce's] stylist went to Lahav's flagship store in April 2018 to purchase the dress, and the designer was made aware the gown MIGHT be used for the couple's 10-year anniversary vow renewal."

The brand confirmed that the Grammy-winner had worn their Thelma design in June, with People reporting: "Galia Lahav announced that Beyonce wore a gown from the Victorian Affinity collection, which paid homage to Queen Victoria’s wedding dress through the corseted bodice, Chantilly lace and the Victorian bustle train details on the gown."

Beyonce's version of the design had added "sheer cutouts, an off-the-shoulder neckline and Swarovski crystals and pearls adornments".

The happy couple hinted that they had renewed their vows over the summer, with a similar video montage that was shown during a concert on their On The Run II tour.

The video included a close-up shot of the ceremony, with the couple's 18-month-old twins, Rumi and Sir Carter, in the foreground. 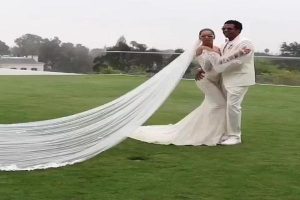 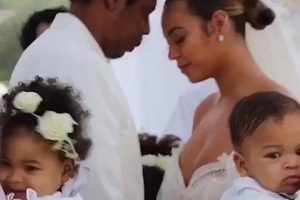