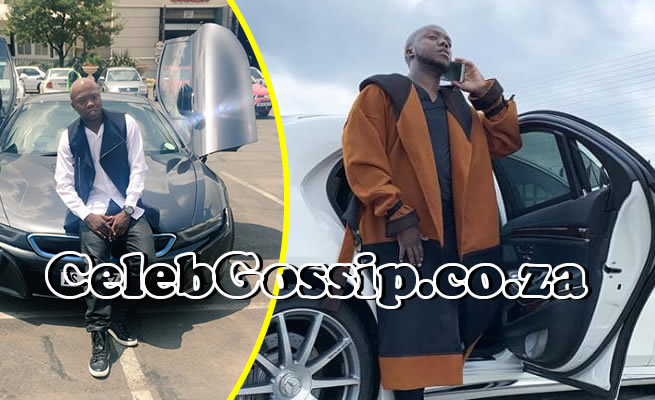 Tbo Touch is undoubtedly one of the hardest working TV personalities in South Africa. When he returned to radio, he proved to be hotly in demand when his alleged salary got leaked — and it is apparently half a million.

According to The South African, Tbo Touch prides himself on being the highest paid broadcaster in South Africa. He revealed this at the Mothlabane Men’s Seminar in Tshwane this past weekend. This was all achieved through hard work which also lead to his lengthy career.

“Since 2020, I’ve been in negotiations with the public broadcaster after resigning in 2016 on my own terms. What I brought to the table was 14 years of consistent delivery, years that qualify me to make demands because experience qualifies certain decisions. Some people might think I’m big heads but, no, this guy is a reservoir of excellence because I know what I’m bringing to the table. You cannot leave a legacy of something you didn’t pay for. I am here to break the cycle of poverty and know that no one owes you anything.”


He also mentioned how black people have a problem with successful black people because they question the source of their wealth and not the other races.

“There are certain circumstances in life which made me conclude that being black is a setup. Black people have schizophrenia to succeed. When one is successful, they start questioning the source of income. We don’t have a healthy relationship with success,” he said according to the publication.

Now, 6 years ago Tbo Touch was reportedly getting paid R200K monthly which begs the question, how much is he getting paid now?

The South African Broadcasting Corporation (SABC) denied paying him R500K saying a freelancer would not earn a salary that is close to R200K.

In a statement, they refuted these claims, and said, “The public broadcaster rejects this deliberate misinformation as it is misleading and factually incorrect. The SABC’s GCEO does not get involved in lineup negotiations, as that is the job of program managers and business managers. In addition, the SABC does not pay car allowances and other fringe benefits to freelancers.

“Lastly independent contractors do not get involved in soliciting sales and sponsorship, as the SABC does not have a commission scheme that covers individuals outside of Sales staff.”

The Touchdown with Tbo Touch radio host shook the internet when his return to radio was announced. On IG he wrote “Just testing mic. Check mic, check. Testing 1, 2, 3. April 1 your boy is in the building. Just popped in at Metro FM to check if my horns are intact. Can't believe it's been six years since I last sat on this chair.”