Home Entertainment I have never slapped my own son why should he – Father... 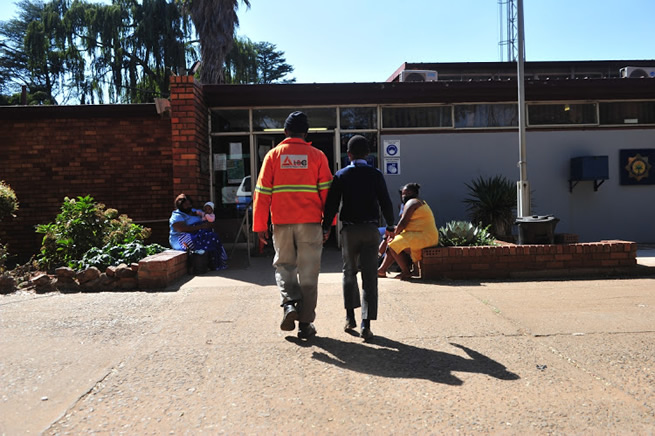 The father of a grade 7 pupil at Manyazela Primary School, a farm school in Delmas, Mpumalanga, has opened an assault case against the principal who allegedly slapped the child with her bare hands for placing a computer on the floor after going into the school storeroom to collect a soccer ball.

The fuming parents of the 12-year-old pupil, who cannot be named to protect the identity of their child, said the incident happened on Monday during break time at about 11am.

Speaking in the presence of his father, the boy said after being hit by the principal, he contained himself and went to cry alone in a separate classroom.

"I was embarrassed and shocked because the principal called me a liar and slapped me in front of other learners and friends, including other people who work at the school. The principal sometimes beats us with a hose pipe," the pupil said.

The upset father said a general worker at the school and a few other pupils confirmed that they witnessed the principal slapping the child while playing soccer and embarrassed him in front of his school mates.

"What pains me is that I don't lay a hand on my children, let alone slap them with my bare hands. I'm hurt because my own father never slapped me. I sit my children down when they did something wrong and reprimand them, not beat them."

The father said the principal was rude and denied ever beating the child when they met her yesterday morning.

He said he then decided to involve the police because he did not want to snap and end up being on the wrong side of the law. "I was getting emotional because the principal was treating me like a stupid person.

"She undermined me and told me that the storeroom had valuables, but my question was: why were children being let into the storeroom to collect their sporting equipment if there were valuables being kept in there?"

The father said according his son, he decided to put the computer on the floor because he felt that it was likely to fall from where it was placed.

He said the principal told his son that his father could not afford to buy another computer if the original one was broken.

"The computer did not fall or break, so what justified her to lay her hands on my child?"

Education spokesperson Gerald Sambo said the department was not aware of the incident.

"The Delmas education district is working on establishing the facts around the incident and investigation is under way. We expect them to send a detailed report to the head of department," said Sambo.

Police spokesperson Donald Mdhluli confirmed that a case of assault has been opened at the Delmas police station, adding that investigation is under way.